Home Adventure All Aboard for Autumn Afloat on the Canals 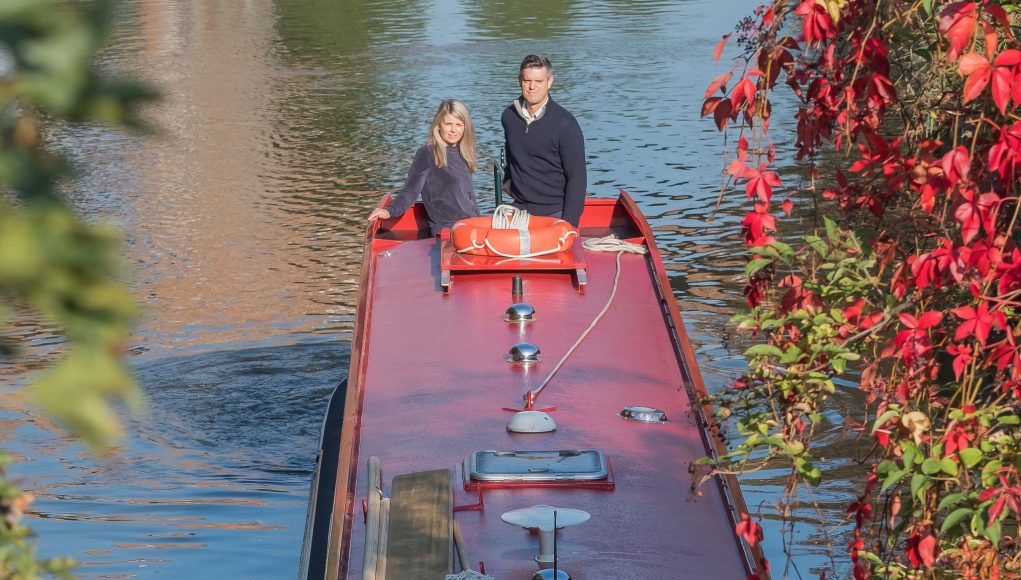 A canal boat holiday is a great way to enjoy the splendid colours of autumn in the hedgerows and trees that line our waterways, as they are dramatically mirrored in the water.

There’s plenty of wildlife to spot along the way during the autumn months, including flocks of fieldfare and redwing searching for hawthorn berries, and small mammals such as wood mice and bank voles stocking up on food before the winter.

Narrowboat holiday-makers can take all the supplies they need and have the freedom to moor up for the night alongside rural towpaths and canalside pubs offering take-outs.

A licence isn’t required to steer a canal boat and all Drifters operators provide hirers with boat steering tuition as part of their holiday packages.

Drifters narrowboats range from 32ft to 70ft and can accommodate between two and 12 people.  All are equipped with essential home comforts, including central heating, hot water, TV, showers, microwaves, flushing toilets, and many now have WiFi too.

River sailing aboard Lynher, a classic Tamar barge built in 1896

© 2016 - 2020 GLOSSY media | All rights reserved
This website uses cookies to improve your experience. We'll assume you're ok with this, but you can opt-out if you wish.Accept Read More
Privacy Policy
Necessary Always Enabled
MORE STORIES