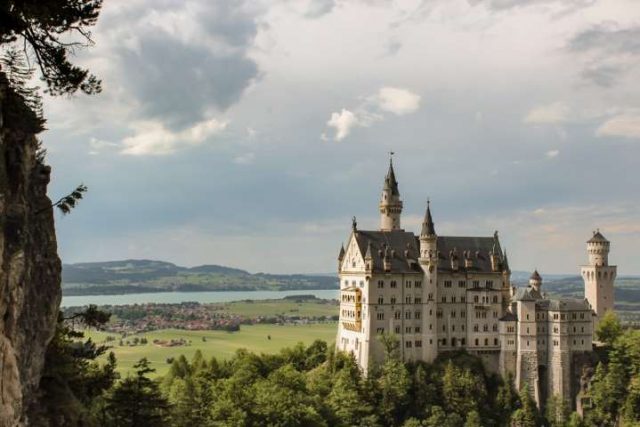 Castles are seen in mystical movies and TV shows, they are enormous fortresses which impress many due to their structure and magnitude. They have stories hidden in their walls and are surrounded by stunning landscapes. Well, castles are not just in movies, there are many in the world that you can add to your list of places to visit. Real-life castles possess magic that draws modern travellers in.

Around the world, castles play a key in role in telling the rich history of a region, they provide first-hand architectural lessons through their timeless designs. To take you down the magical path, Baltic Travel Company has revealed the some of the most beautiful castles in the world that will leave you feeling like you’re in a storybook.

Chateau de Chambord is a beautiful display of French Renaissance architecture. The castle has 440 rooms, 283 fireplaces, 84 staircases and a decorative moat, making it one of the most iconic structures built by the French monarchy. King Francois I began the work of the grand chateau in the Loire Valley as a weekend hunting retreat in 1519. He stated that elements of the castle such as the double helix staircase were inspired directly by the Italian polymath. The castle hosts many events throughout the year for visitors to discover the Renaissance marvel history.

There are records of a castle in this area since the 15th century since the oldest part of the current building dates to then. There have been indications that the castle has been around since the early Middle Ages. Donrobin Castle has 189 rooms, the mansion is the largest castle in the Northern Highlands. It briefly operated as a private boarding school before the opening to the public.

The first fortress built in this area was constructed by the Ancient Romans. The Moors built a fortress here for the Almoravid dynasty which ruled this area of Spain until the 11th century. The fort has been believed to be made from wood, but it was mostly destroyed and replaced with the current stone construction – but the castle kept its original name.

Influenced by Middle Eastern and European Baroque styles, the Pena National Palace represents the vibrant lifestyle of 19th-century Romanticism in Portugal. King Ferdinand II designed the castle on a hill, it was intended to be a summer house for the Portuguese royal family. The castle is full of vibrant shades which highlight the different sections such as a red clock tower. Pena National Palace was used regularly by the royal family until the Revolution of 1910 and overthrow of the Portuguese Monarchy. Today, visitors can voyage up the hill landscape to discover exactly what makes up the Pena Palace.

There are many questions still over why the Castle del Monte was built. Emperor Frederik II ordered the construction in 1240 but he chose an unusual area of Southern Italy which was known to be quiet. After the castle was built, the emperor soon abandoned it which left many questioning his true intentions. The layout consists of an octagonal base and towers at each corner, alongside eight trapezoidal rooms within it. The geometric layout is thought to symbolise Holy Grail and the relationship between humanity and God. It has become one of southern Italy’s most visited landmarks.

Bran Castle is often surrounded by mystery as it has an infamous connection to Bram Stoker’s 1897 read, ‘Dracula’. The fortress was built between 1377 and 1388. During the 15th century, Vlad the Impaler ruled over the area and whispers began about his brutal torture methods. This is where the castle inspired Stoker’s tale. Once Transylvania became a part of Romania, the city’s government offered the castle to the reigning Queen Maria of Romania to show appreciation for unifying the two areas of Transylvania and Wallachia.