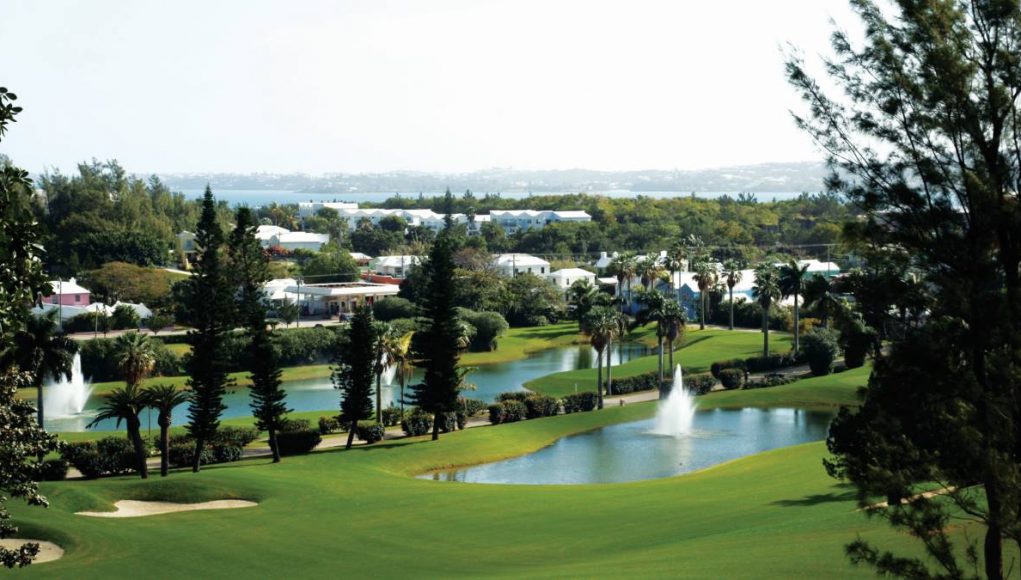 What will be a socially conscious sporting event, the Bermuda Black Golf Summit & Championship, was unveiled today by the Bermuda Tourism Authority (BTA), in a press conference at Port Royal Golf Course. The event will convene thought leaders in the world of golf to explore pathways to drive diversity and inclusion in the sport and converge with a weekend of networking and golf. PGA Magazine and Ellison Consulting were named delivery partners for the November event and representatives from the newly formed Bermuda Black Sports Stakeholder Committee as well as golfer Kim Swan, a member of the BTA Board and Golf Trustees Board, attended the event.

The Black Golf Summit & Championship will take place November 2- 7, 2021 with Port Royal Golf Course—a public facility—as the main focal point. The scheduling dovetails with the PGA TOUR Bermuda Championship at the same venue, which runs immediately prior, creating natural incentives for longer stays. Participants in the Black Golf Championship will compete in a unique and exciting format, represent their communities, and throw their hat in the ring for the inaugural championship trophy. The BTA has targeted a year-one goal of 24 foursomes arriving in Bermuda and has pledged to build-in opportunities for these visitors to enjoy the island’s history, culture, and food.

Hazel Clark, BTA Director of Sports Business Development, said, “A great benefit of this event is that it satisfies more than one important National Tourism Plan goal. The first is golf. The other is Black travel. It’s a reminder that Black consumers have diverse travel desires, and Bermuda has many ways to engage with them.”

The new venture will establish and support community programs and initiatives on-island. Ms. Clark explained that the event would create pathways for local children to gain access to the sport and explore careers in golf. She said, “We’ll also use this opportunity to celebrate Bermuda’s Black golf legacy by sharing the inspirational journeys of the pioneers that paved the way like golfer Louis “Kid” Corbin who pushed through adversity to lead the charge against segregation in golf.”

Glenn Jones, BTA’s Interim CEO announced, “The Bermuda Tourism Authority is proud to be the island’s advocate for golf, not because we want the destination to compete in this game, but because we know the destination can win and lead.” He outlined the strategy and successes that laid the groundwork for the Summit, starting with the development of the National Tourism Plan in 2018. The plan resulted in a sports strategy that identified golf as a sport best positioned to drive visitor arrivals and spending. In 2019, the BTA inked a five-year deal with the PGA’s Bermuda Championship event. The American Junior Golf Association has also chosen Bermuda. The Black Golf Summit is the newest golfing event on the BTA sports tourism calendar and aspires to become an annual event with global impact potential.

Where is a Hot Golf Destination for Spring Break?