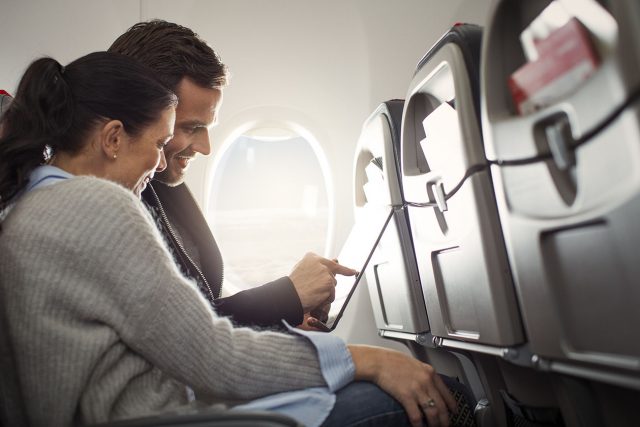 Norwegian is continuing to enhance the passenger experience by commencing the rollout of new and improved inflight Wi-Fi connectivity onboard the airline’s Boeing 737-800 fleet.

Norwegian, named Europe’s Best Low-Cost Airline by SkyTrax, was the first airline to offer passengers free in-flight Wi-Fi on all European flights in 2011. The airline became the first to introduce live television over the skies of Europe in 2015 and in 2018 it took delivery of its first Boeing 787-9 Dreamliner equipped with inflight Wi-Fi. Norwegian became the first low-cost airline to offer customers free Wi-Fi for the full duration of intercontinental flights.

Norwegian will gradually rollout the new Premium Wi-Fi service across its Boeing 737-800 fleet and expects to complete the rollout in mid- February 2019.

Three Wi-Fi packages available
Customers travelling on a Boeing 737-800 aircraft with the new Premium Wi-Fi service available will have a selection of three packages – SURF, the free option and two paid options, SOCIAL+SURF and STREAM+SURF, both offering faster speeds.

Helga Bollmann Leknes, CCO said: “We’re continuing to upgrade the passenger experience by commencing the rollout of Premium Wi-Fi on our Boeing 737-800 fleet that will give our customers improved connectivity across our global fleet.

“We set an industry first in 2011 by being the first European airline to offer free Wi-Fi on all European flights and from today, thousands of passengers daily will get to stay connected in the skies with a faster Wi-Fi connection than ever before flying Norwegian.”

Norwegian expects to have the rollout of Wi-Fi completed on 50 per cent of its Boeing 787-9 Dreamliner aircraft by 2020.

Norwegian operates a young fleet of more than 160 aircraft with an average age of 3.7 years.

Take off on a culinary journey with Cathay Pacific