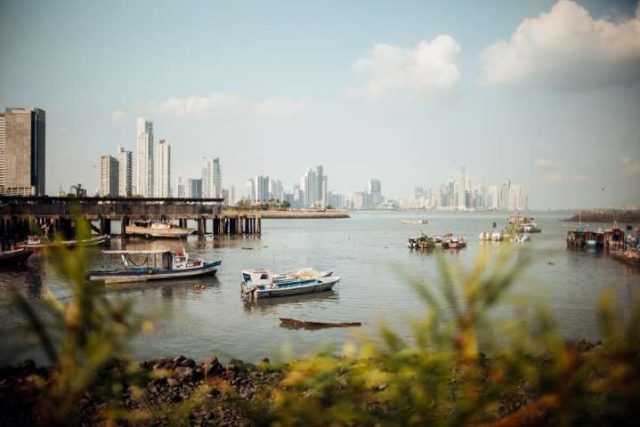 Two family-favorite locations, Panamá City and the Chiriquí Highlands, are easily accessible via direct flights from more than a dozen North American cities. In addition, a unique stopover program with Copa Airlines allows passengers to visit both regions for no additional airfare cost. And, with Panamá being the only Central American country having USD as its national currency, U.S. travelers will not be burdened with exchange rates or transaction fees.

Renowned as the most modern metropolis in Central America, Panamá City is a gateway to the country’s rich history, culture, eclectic gastronomy, and sprawling nature, lending itself as an ideal base for a family getaway. In Casco Antiguo, the city’s historic district and a designated UNESCO Cultural World Heritage Site, travelers will find vibrant plazas and brick-paved streets housing some of the best hotels, top-rated restaurants, historic landmarks, and specialty shops. The neighborhood is also home to several of the city’s top museums, including The Canal Museum and the Museo de la Mola, featuring the traditional textile art made by the Guna indigenous group.

For those looking to delve deeper into Panamá’s unique impact on the world’s biodiversity can visit the Amador Causeway, located only a few minutes south of the city’s historic district. It’s home to the Bio-museum, where eight dynamic galleries show how Panamá’s isthmus has come to change the world and the country’s commitment to protecting the environment.

The Amador Causeway also offers a stunning backdrop featuring waterfront views of the city and the parade of ships awaiting entry into the Panamá Canal, one of the “Seven Wonders of the Modern World.”

Naturalists of all ages can bask in Panamá’s great outdoors. At the Metropolitan Natural Park, only a few minutes from downtown – in the heart of Panamá City – this 573-acre nature sanctuary is the only tropical forest to serve as a public recreational park for a metropolitan area. Despite its proximity to the city, the park is home to 227 bird species, 45 mammals – including monkeys and sloths, and 14 kinds of amphibians.  Just 45-minutes from the city, Soberania National Park is easily accessible and offers the perfect nature-filled day trip for the whole family. Visitors can book guided tours through the Panamá Rainforest Discovery Center, where swarms of colorful hummingbirds greet people before reaching the Canopy Tower rising above the rainforest canopy. Adventure-seekers can book a zipline canopy tour with Gamboa Tree Trek Adventure Park, which offers scenic views of Soberania National Park and the Panamá Canal from high above the ground.

For splashing in the sand, take 30-minute ferry ride to the beautiful beaches of Taboga Island, located in the Gulf of Panamá. Here, active travelers can take in the beauty with a hike to the island’s highest points, Cerro Vigia or Cerro de la Cruz, while history lovers can explore the colorful and historic Spanish-founded town, which is also home to the second oldest church in the Western hemisphere.

Located in the Western part of the country, the province of Chiriquí attracts visitors with its timeless charm and diversity. From its highlands region which boasts cooler temperatures, cloud forests, and vast flora and fauna, to its Pacific Coast, with white sand beaches and palm trees, and its scenic mountain region – home to Panamá’s only volcano – Chiriquí wows travelers at every turn. From Panamá City, it’s a one-hour flight to the Enrique Malek International Airport or a 7-hour drive west from the capital.

While the Chiriquí Highlands is a must-visit destination for gastronomy, culture, adventure and sustainable travel, it’s best known for producing coveted Geisha Coffee – the world’s most valuable coffee varietal. There are numerous coffee circuit farms offering tastings and tours to learn the agricultural practices for growing, harvesting and processing. Other activities on these farms include horseback riding tours, classy picnics, trekking and the observation of the flora.

In nearby Boquete, the Volcan Baru is a must-see stop. At 3,474 meters high, it is not only the highest peak in Panamá, but it’s the only place in the world where (on the clearest of days) you can see the Atlantic and Pacific oceans at the same time. Families can take guided car tours to enjoy a picnic on the volcano’s summit with sweeping ocean views and a spectacular cloud forest.

For white-sand islands and one of the largest coral reefs in the coast, the Gulf of Chiriquí located an hour bus ride from David, is the province’s marine treasure. The protected waters of the Gulf of Chiriquí Marine National Park are a prime spot for observing the more than 30 species of whales and dolphins that can be found in the Panamá coast. While boat tours are offered year-round, it’s especially popular June-October – during Humpback whale annual migration – as Panamá’s Pacific Coast is one of only two areas in the world that hosts Humpbacks from both the Northern and Southern Hemispheres each year. Whether on foot hiking on the islands, kayaking along the shores, or snorkeling among the reefs you will find the experience a memorable one.

ABOVE: Gulf of Chiriquí

From cityscapes to countryside, Panamá welcomes multi-generational families to make new memories with its vast diversity of offerings, which promise to delight seasoned globetrotters and young adventurers alike.

Land And Sea, Large and Wee – Wildlife Is Thriving In Panamá’s Diverse Ecosystems