Home Adventure The Camino de Santiago and the Xacobeo 2021 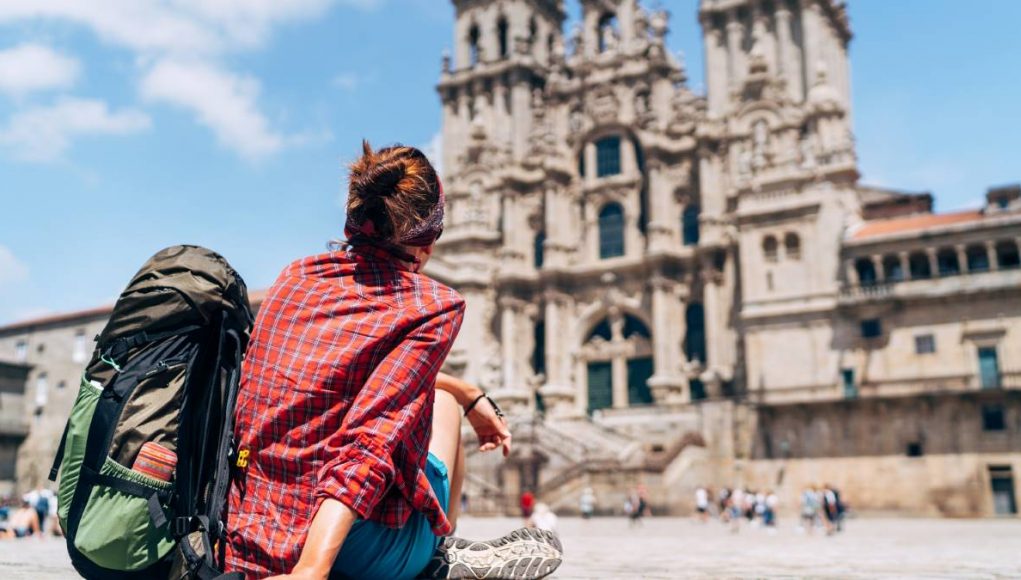 WHAT IS THE CAMINO DE SANTIAGO?

The Camino de Santiago is a traditional pilgrimage route, since the remains of the Apostle Santiago were found in Galicia, around the year 830.

The Camino de Santiago itineraries have been traveled by millions of pilgrims coming from all over the world. We are facing a large-scale social phenomenon, carried out by people with multiple motivations, not only religious, such as cultural, gastronomic, sports, architectural, etc. The Camino de Santiago has “something special” that hooks whoever does it.

It is said that Europe was built by walking to the Cathedral of Santiago de Compostela. It was a backbone of towns, and that led to the birth of new cities around the Caminos in Spain, with pilgrims of different nationalities and cultures who finally settled in Spain and had families.

Its different routes are recognized as a World Heritage Site by UNESCO, as well as the First European Cultural Itinerary and the Prince of Asturias Award for Concord, among other distinctions.

The new year that comes in will be Xacobeo 2021, which means that we are facing a special Holy Year and that only happens when the Feast of the Apostle Santiago falls on Sunday. It occurs in a sequence of 6,5,6 and 11 years respectively, and it only occurs 14 times in a century.

These Holy Years have of particular that the “Jubilee” or “Forgiveness of sins” can be obtained. The Holy Door of the Cathedral of Santiago is also opened so that all pilgrims can cross it.

As a first contact or first experience on the Camino, making the trip in Xacobeo is always a good opportunity. Just to cite one of the many possible options, we would recommend that you do “The Last 100 Kms, of the  French Way“, ending in Santiago de Compostela, since it is the route that most people travel or travel and that can offer you a vision General of the French Way starting in Roncesvalles.

On this route that starts in the town of Sarria, you can obtain “La Compostela”, which is the Certificate that proves that you have walked the last 100 km of the Camino. If you do it by bike, you have to prove that you have traveled at least 200 km, that you start the road from Ponferrada.

The itinerary that we recommend would be the following, to be able to do it in a week, where you can delight yourself with the famous Galician gastronomy and the hospitality of its people.

FIRST DAY: Arrival in Sarria (It is located in the province of Lugo)

Depending on the time of arrival you can visit Lugo and its walls, as well as the Benedictine Monastery of Samos that are in its vicinity. These two places, together with a short visit to the town of Sarria, will be the main attractions in the area.

In this stage we highlight, mainly, the arrival in Portomarín, a city that is located at the foot of the artificial Belesar reservoir, which collects the waters of the Miño River. The city was moved, stone by stone, in the years 1962-63, from the place where the reservoir is currently located. The impressive fortress Church of San Nicolás (12th-12th centuries), majestically presides over the city.

In the vicinity of Palas de Rei, we can enjoy the Castle of Pambre, a fortress from the 14th century, an example of Galician military architecture) and the Church of San Salvador de Vilar de Donas (12th century), considered an Asset of cultural interest.

Pilgrims will appreciate their visit to Melide, since it is mandatory, to make a stop to taste its famous octopus, and in Arzúa its multiple varieties of Galician cheeses (tetilla cheese is the best known)

You will be able to admire the most rural Galicia, with small villages scattered along the route.

The town of Lavacolla, where the ancient pilgrims washed in its river to arrive presentable before the Apostle, as well as the Monte del Gozo from where, for the first time on the route, the towers of the Cathedral of Santiago were glimpsed, will be the Prelude to the arrival at our long-awaited end of the Camino.

Whether you are a believer or not, we believe it is very interesting to witness the pilgrim’s Mass in the Cathedral, at 12:00, where with a little luck you will be able to see the flight of the Botafumeiro crossing the naves of the Cathedral, since it constitutes a unique spectacle, as culmination of your Path.

The historic center of Santiago de Compostela is considered a World Heritage Site, so you can “get lost” through its streets full of life and exquisite gastronomy observing its monumental grandeur, around the Plaza del Obradorio, presided over by the Cathedral, the Pazo de Raxoi and the Parador de los Reyes Católicos – old Pilgrims Hospital-, built by the Catholic Monarchs.

Once you arrive in Santiago, we encourage you to extend your journey to Finisterre , a place that the Romans considered “End of the known world”, or “Finis Terrae” known at that time, and that many pilgrims continue to come to it, from where they contemplate the fabulous sunset and, according to tradition, they burn part of their belongings and clothing that they have used on their Way, as a symbol of purification and the beginning of a new life.

Upcoming Hotel opening on the grounds of Versailles

Luxury on the Nile – the St. Regis Cairo

How to Travel to Mexico Without Leaving Home