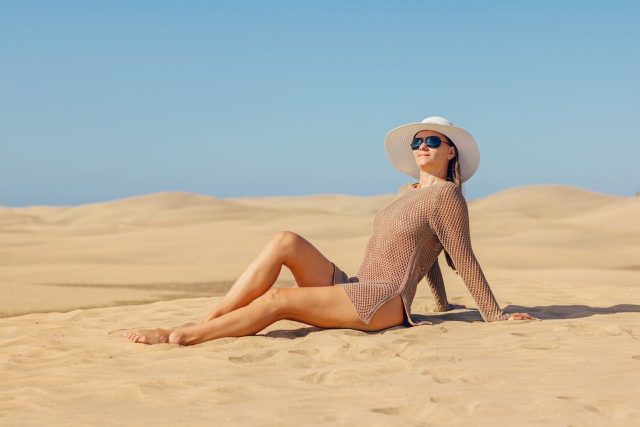 1. Malta — Where Friends Are Easy to Find
With 92 percent of expats considering the climate as a potential benefit, Malta leads the list of countries to move to for better weather. Under the Maltese sun, it is very easy for expats to settle down: in fact, nine out of ten expats in Malta state that it is easy to settle down there, while the global average is only 59 percent. This is surely helped along by the fact that almost seven out of ten expats in Malta (69%) find it easy to make local friends, compared to a global average of only 45 percent. “Fantastic weather, ease of making friends and contacts, beautiful scenery,” summarizes a British expat living in Malta.

2. Costa Rica — Where Expats Are on Cloud Nine
Costa Rica shows that sunny weather and personal happiness might be related: not only do nearly nine out of ten expats (89%) say they considered the climate in Costa Rica as a potential benefit, a similar percentage (92%) also state they are happy with their life in general. Two in five even say that they are very happy, compared to a global average of a mere 19 percent, positioning Costa Rica 1st out of 67 countries in regards to personal happiness. This positive rating might also be connected to most expats in Costa Rica being on cloud nine: with only four percent facing a long-distance relationship, nine  out of ten expats who are in a relationship are satisfied with this aspect of their life. More than half (56%) are even completely satisfied, compared to a global average of only 39 percent.

3. Cyprus — Where Nothing Is Ever Urgent
The climate in Cyprus, which was considered a potential benefit by 86 percent of expats before moving, seems to have a strong influence on daily life: “The sky is always blue and nothing is ever urgent”, a Belgian expat says about living and working on the island. This attitude strongly reflects on the working hours, as Cyprus offers one of the shortest full-time workweeks in the world with only 41.5 hours per week. Besides that, expats do not find many positive things to say about working in Cyprus. Especially the job security (56th out of 67 countries) and the career prospects (65th) pull it down: nearly half of expats in Cyprus (46%) are unsatisfied with their career prospects and nearly two out of five (36%) are unsatisfied with their job security, compared to only 24 and 22 percent globally.

4. Morocco — Where Incomes and Costs Are Low
Morocco slides into fourth position with 84 percent of respondents considering climate and weather a potential benefit. Being perceived somewhat mediocre in many areas of life abroad, the North African country does well in terms of personal finance with 84 percent of expats saying that their disposable household income is enough or even more than enough for daily life. Close two out of ten expats in Morocco (19%) even say that it is a lot more than enough — nearly doubling the global average of just 10 percent. This is particularly interesting, as more than two out of five expats working in Morocco (42%) say they would get a higher income for the same job back home, compared to a global average of only 27 percent saying the same. The low costs of living seem to make up for this though:  seven out of ten rate them positively, while only about half of expats (49%) say the same on a global level.

5. Spain — Where Expats Enjoy Endless Leisure Options
Sunny Spain is the go-to destination for expats looking for fun in the sun. While more than four out of five expats (84%) considered the climate a potential benefit before they make the move, they love the leisure options once arrived in their new home. Nearly nine out of ten expats (88%) rate the available leisure activities positively, compared to 72 percent globally, and not one respondent thinks they are very bad. “Incredible work life balance with fantastic climate, which means you can really enjoy the outdoors after work,” states a British expat in Spain, “you can do sports, meet friends for open air drinks and dinner and the children have a maximum of time to play outdoors.”

6. Portugal — Where Expats Make Less Than at Home
While more than four out of five expats in Portugal (83%) considered the climate to be a potential benefit, 26 percent expected the economy and labor market to be a disadvantage, compared to only 11 percent globally — and they turned out to be right. In terms of yearly household income, more than seven out of ten expats in Portugal (72%) have less than 50,000 USD at their disposal. “I never earn enough to save anything, which makes me worried about my future,” says a British expat. One of the reasons might be that nearly half of the expats working in Portugal (48%) make less than a comparable career in their home country would offer. More than three out of ten (32%) even say that their income is a lot lower than back home, compared to only 11 percent saying that globally.

7. Greece — Where Finances Remain an Issue
Greece shows that nice weather is not the only thing that counts when moving abroad: even though 81 percent of expats considered the climate a potential benefit, the island is not very popular among expats in general. The country in the Balkans does especially poor in terms of working abroad and personal finance: only a quarter of respondents are generally satisfied with their financial situation, in contrast to 64 percent globally. What is more, 45 percent worry about their job security, which is more than twice the global average (22%). Greece also is not a great choice for families: only 15 percent of expat parents in Greece find the education options numerous and easy to get, and not one respondent agrees completely with this statement.

8. Uganda — Where the Locals Are Friendly and Welcoming
Besides the weather, the attitude towards expats and families is also warm in Uganda: while 77 percent of expats considered the climate a potential benefit before moving, nearly nine out of ten expats in Uganda (89%) rate the friendliness towards foreign residents positively. In addition to that, every expat with dependent children in Uganda says that the attitude towards families and children is good, with nearly seven out of ten (68%) even rating it “very good”, compared to only 39 percent globally. A South African expat in Uganda, for example, especially likes “the quality time I can spend with my children and the quality of life I can give them here.” Interestingly, even though 70 percent rate the quality of education positively, Uganda is the country where parents are most likely to homeschool their children with 23 percent, compared to a global level of only 4 percent.

9. Ecuador — Where Housing Is Very Affordable
Whereas the sunny climate still is considered to be a potential benefit by eight out of ten expats, Ecuador has to face some clouds: being voted the best destination by expats two years running 2014 and 2015, the shiny champion lost its crown in 2016. Especially in regard to working there, Ecuador lost 23 places, occupying a very mediocre 30th rank. Overall, only half of expats in Ecuador are satisfied with their level of job security. Still, more than four out of five (81%) are satisfied with their financial situation: even though 41 percent of working respondents state that their income is lower than what they would get back home, 91 percent have enough or even more than enough to cover daily life. This might be related to the low cost of living, which is rated positively by 77 percent, and the affordability of housing, which more than four out of five expats in Ecuador (85%) regard as good.

10. Brazil — Where Expats Should Not Expect Too Much
Although 80 percent of expats in Brazil considered the climate a potential benefit before moving, it is just not enough to compensate the poor work conditions. Compared to 2014 results, Brazil dropped from 33rd place to 65th out of 67 countries in terms of working abroad. Doing especially poor for job security (66th), more than four out of five respondents in Brazil (85%) regard the state of the economy negatively, reflecting reports on rising unemployment and falling real wages in 2015 and 2016. In addition to that, Brazil also is rated the worst country for families which mostly results from the poor quality and high costs of education: not even three out of ten expat parents (28%) are satisfied with the quality of education, compared to a global average of 64 percent, and only 14 percent think that education is affordable.

Countries to Avoid If You Are Looking for the Sun
Besides Kazakhstan and Russia, the bottom ten destinations for sunseekers are all located in Europe: it comes to no surprise that the United Kingdom and Ireland are leading the list of countries to avoid on the search for the sun by a large margin (13 percentage points), with six out of ten expats now living there having considered the weather as a potential disadvantage before moving. When asked about negative aspects, a Brazilian expat living in the UK names the “horrible weather almost all year. It is always cloudy, rainy and windy”. However, there are also 8 percent of expats in the UK and 11 percent in Ireland who considered the weather a potential benefit, showing how much can depend on the perspective. “The cooler weather is great”, says an Australian expat who had lived in Abu Dhabi for eight years before moving to the UK.

5 Romantic Destinations to escape to this Valentine’s Day