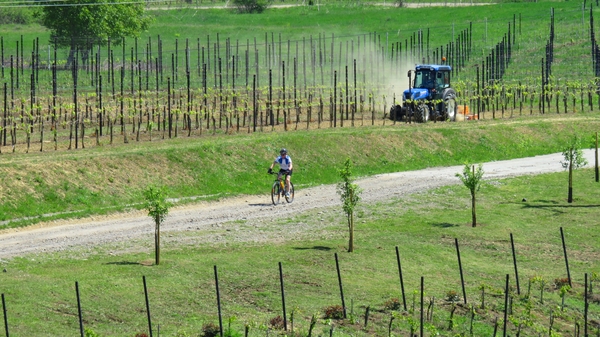 Eyeing a return to the historic, mysterious and natural beauty of the Romanian countryside, Butterfield & Robinson, the world’s premier active travel company, has announced Romania Biking as a part of its New Trips for 2018. From cycling the fortified towns outside Transylvania, to gliding past centuries-old plots of colourful, sweeping farmland, travellers will be enveloped by the country affectionately known as Dacia.

“Our focus on expanding luxury active into innovative regions led us back to the mysteries of Romania,” said Chris Mark, B&R’s Director, Central & Eastern Europe. “With a week cycling through Transylvania, we’ve once again completed our quest to uncover far away European cultures, from hidden valley villages to vanishing trades and crafts.”

The newly announced biking trip begins in Sibiu in central Romania and ventures through the countryside, stopping at vibrant signature hotels in Cund, Sighisoara and Talisoara. Along the way travellers will visit the oldest settlements in Transylvania (dating back to AD 1230) and UNESCO Heritage Sites, with curated meals and wine tastings to colour the jaunt through one of Eastern Europe’s most awe-inspiring countries.

“Transylvania leaves nothing to be desired from a natural perspective, whether the vast forests interspersed with mountainous terrain, or its healthy populations of European brown bears and wild boars,” said Tom Abraham, Trip Designer, B&R. “What is most delightful is the diversity of European cultures and history within Romania. From the German Saxon villages to the Roma communities that evoke an eastern influence, to the overlay of Hungarian and Italian cultures. The people and hospitality of Romania have me most excited to return.”

As the world’s premier active travel company, Butterfield & Robinson has been designing incredible journeys in the world’s most amazing places for over 50 years. From the start, B&R has encouraged travellers to “Slow down to see the world,” executing itineraries focused on activity, adventure and cultural immersion for generations of travellers. With offices in Canada, France and Italy, B&R now offers 90 innovative itineraries in 60 destinations worldwide. For more information visit www.butterfield.com.