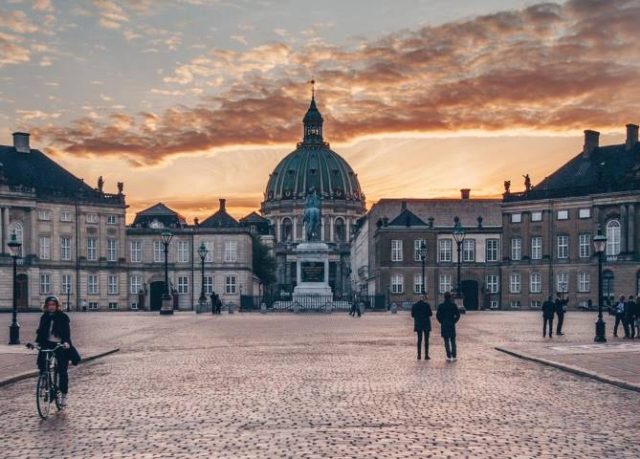 From new museums and hotel openings to the exciting Grand Départ of Tour de France, the new year is full of promise and celebration. Take a look ahead, and discover the top 10 things to look forward to in Denmark in 2022.

Denmark will host the Grand Départ for Tour de France

With the capital Copenhagen topping the bike-friendly rankings and more than 12,000 km of bike paths, Denmark is known for its strong cycling culture. In July, the country will be hosting the start of the world’s most prestigious cycling race, the Tour de France. The Grand Départ will take place in the cycling capital of them all, Copenhagen. The second stage will go through Roskilde and Nyborg and the third stage will go from Vejle to Sønderborg. A great opportunity to explore some of the many wonders Denmark has to offer.

A new museum will be telling remarkable stories on refugees in Denmark. From 1945-49 Oksbøl in Southwest Jutland housed the largest refugee camp in Denmark. FLUGT Danish Refugee Museum, opening in the summer of 2022, will dive into the incredible and thought-provoking stories and lives of the refugees. Renowned Danish architects Bjarke Ingels Group, BIG, are behind the transformation of the building, which used to house German refugees following WWII. The museum will tell stories about the German refugees in 1945, as well as the Vietnamese, Bosnian and Syrian refugees who have come to Denmark in recent years.

In March, Scandic will open their biggest hotel to date, the Scandic Spectrum, with 632 rooms, a sky bar and a 25 meter swimming pool. In June, Scandic Nørreport will welcome guests to a cozy 100-bedroom hotel, that has magnificent views of the city center, from the rooftop terrace, sky bar and restaurant. Opening right next to the iconic Round Tower in March, is 25hours Hotel Indre By. The hotel will offer 243 rooms, a café, a beautiful courtyard, a bar in the basement and a wellness area. Finally, Arp-Hansen Hotel Group will open the stylish and innovative hostel, Next House. Billed as “Europe’s biggest luxury hostel”, it will have a total of 1,650 beds, and a strong focus on environmental sustainability. In the Østerbro neighborhood, the new Villa Canada will allow guests to book the whole former Canadian embassy for parties or a stay in extreme luxury.

2022 is a great year to go on a city break fit for a queen. January 14 will mark the 50-year Jubilee of Her Royal Highness Queen Margrethe II of Denmark. To celebrate the Monarch’s 50 years on the throne several events have been planned. The inauguration of the exhibition “A Queen’s Jewelry Box” will take place at Amalienborg Museum on the 13th, with the presence of her Royal Highness. On the 15th, the Queen and the royal family will greet the Danish people from the balcony at Amalienborg Castle, before traveling to Copenhagen City Hall by horse carriage, where her Majesty too will make an appearance on the balcony. Kick start the celebration this year with a visit to Tivoli Gardens during Christmas, where the Queen herself is behind the costumes for the Christmas ballet, The Snow Queen.

For the visitors who want some extra thrills during their trip to Denmark, North Jutland has the perfect new attraction. Fårup Sommerland opens Denmark’s largest and fastest roller coaster in April 2022. The ride ‘Fønix’ will feature the world’s first so-called stall loop, where the riders will experience 2,5 seconds of weightlessness before the second half of the loop. With a top speed of 95 km/h and a height of 40 metres, this ride is a monumental addition to the already thrilling Fårup Sommerland.

Design Museum Denmark has been closed due to a major renovation of the museum buildings, and reimagining of the museum experience. After two years, the museum will welcome visitors in June 2022 for a new and improved experience, containing new exhibitions and audience spaces. The crumbling basement floors are being restored, using the iconic tiles and original drawings from Kaare Klint’s 1920s transformation project. Pediments and sandstone decorations on the building’s exterior will also be restored to their former glory. Also set to open is ENIGMA, a new, interactive museum of communication set to open in the Østerbro neighborhood of Copenhagen. The museum will tell stories about the present and future of topics like surveillance, digital communication and fake news.

The largest high-speed ferry in the world, Express 5, will be taking visitors to the Danish island of Bornholm, starting at the end of 2022. The new ferry, with a capacity of 1,610 passengers, is built with top modern technology, and with an environmentally friendly mindset. On Bornholm, consider staying in the new carbon negative wing at Green Solution House, that opened in the end of October 2021.

Deep in Rold Skov Forest in North Jutland, 200 feet beneath the surface, lies one of Denmark’s best kept secrets. The Cold War bunker REGAN Vest, built in the 1960s. In 2022 it will open to the public, as a museum, designed to convey the stories of its time. The impressive 5,500 square meter bunker, will be the focal point of the museum, where visitors can experience the original interior, from the ministers and doctors office to the dormitory. This is a unique opportunity, as other government facilities around the world, have been stripped of their original inventory. Above the surface is the visitor, and exhibition building, built as four black boxes, designed by AART architect, with among other a virtual activity, that lets visitors experience how the bunker and the surrounding landscape, would look after a new clear bomb. The parcel villa, where the supervisor and his family lived, is also being restored to its 1980 glory, giving visitors a look into the everyday life of that time.

Travel to the recent past in Aarhus’ Old Town

Visit the open air museum, The Old Town, and take a walk back in time. As a celebration of the museum’s 100 year anniversary in 2014, a new street will open in 2022, portraying life in Denmark in 2014. Visitors will be able to experience five different shops and two households, namely the apartment of a nuclear family consisting of a lesbian couple with kids, and the apartment of a single woman without kids. In the Old Town, you can also find people dressed and acting as folks from the end of the 19th century, houses that portray how people lived and worked in 1927, and a whole 1970s neighborhood, complete with streets, townhouses and shops re-erected exactly as they stood in the past.

Festival experiences to look forward to

Go dance from sunrise to sunset, soaking in the best of Copenhagen, at the first ever O/Day Festival, 11-13 August 2022. For three days, 15.000 people will have the opportunity to let loose to electronic music, experience a great gastronomic scene and unique art installations. The creators behind it, the Danish brewery ÅBEN, envisions a festival that will bring people together, through new experiences. O takes place at the buzzing Refshaleøen, a former industrial area, now a hip cultural hob, with restaurants, bars, recreation areas, galleries and art museums. Aside from this new festival, 2022 is also expected be the year where many of the big festival, like Roskilde Festival, finally return celebrating it’s 50th anniversary. Also, the sustainably  focussed music festival Northside in Aarhus will return on 2-4 June 2022 with only plant-based organic food options being served in the festival area.