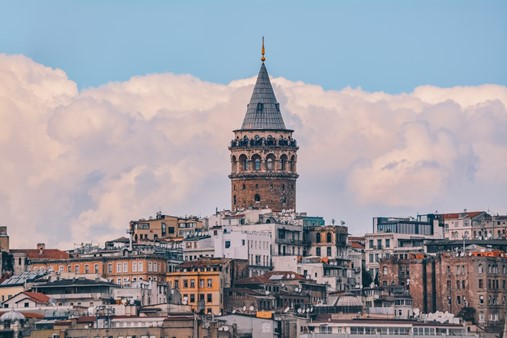 The regions of Turkey are a fascinating insight into a country so geographically diverse, that it leaves no room for imagination. As the 37th largest country, with more than 8,000 kilometres of coastline and surrounded by four seas, the Republic of Turkey’s geography vastly differs from east to west. Additionally, having more ruled by more than one civilisation over history, Turkish culture is a delighting mix of influences extending far beyond its Ottoman past, most people associate it with.

When you travel to Turkey, we recommend visiting more than just one of 81 official provinces, and then you can see for yourself the changing landscapes, history, culture, traditions, and food. You can choose well-organized Turkey tours that will help you discover all these mesmerizing places and witness Turkey’s versatility. But until then, the experts at Property Turkey have started sharing the wonders of the seven geographical regions.

The Marmara region heads every list simply because it is home to Istanbul, Turkey’s beating heart. Once called Constantinople, it uniquely sits on two continents. Most tourism action happens on the European continent, where landmark buildings like the Hagia Sophia, Blue Mosque and Topkapi Palace stand supreme. Conquered by the Ottoman Sultans in 1453 from the Byzantine-empire, such is its importance, the Turkish economy revolves around it. The European side belongs to the Thrace area, but locals use ferries every day to cross over to Asian Istanbul. Surrounded by the Bosphorus straits, the Golden horn and the sea of Marmara, other important places include Gallipoli and the Dardanelles, feature points during the Turkish war of independence.

This region, otherwise known as Western Turkey, has a long coastline stretch, making it popular during summers with both foreigners and Turkish people. One popular destination is the Bodrum peninsula: a hangout spot for mega yachts coming in via the Aegean-sea. Izmir, Turkey’s third-largest city, sits on the Aegean. Within the province of the same name, small villages like Alacati, a windsurfing capital, attract fame for its whitewashed houses with blue shutters. In the Aegean, you get to see a prime piece of history, through Ephesus ancient ruins, a city, and a World Heritage site that nearly rivalled Rome in terms of importance. Nearby, the Virgin Mary’s house, run by the Catholic church is a place of pilgrimage.

Backed by the Taurus mountains and fronting the Mediterranean sea, this region is Turkey’s most famous beach holiday destination. One look at the sands of Lara, Konyaalti, Kaputas, Patara and Cleopatra’s beach and you will understand why. The two primary hubs are Fethiye and Antalya, although smaller towns like Kalkan, Kas and Side retain an army of hardcore fans who return year after year for holidays. The Mediterranean region has the best climate for winters which attracts ex-pats worldwide who want to live in Turkey all year round. Anyone visiting Turkey for the great outdoors will recognise it as the hub of adventure sports, including Belek, the country’s golfing capital. One main advantage is the D400 highway running through it, making it easy to get out to explore.

Covering the Northern sea coast, the Black Sea couldn’t be any more different than the south. Receiving copious amounts of rainfall, especially in the Northeast, the fertile landscapes and humid climate make it ideal for agriculture. Two prominent places for international tourism and foreign house sales are Trabzon and Rize. Both also demand stellar reputations for their production of hazelnuts and tea. Heading inland, mountainous terrains are home to many small plateau communities, some of which don’t even have internet. The high-altitude Kackar mountain range contains holiday hotspots like Uzungol, Ayder Plateau and Sumela Monastery. Other notable places include Amasya, home to the Pontic King’s tombs and Bolu, a renowned natural beauty area.

Once again, as we head inland to central Turkey, the geographical landscapes entirely change into flat terrain. One famous place within this region is Cappadocia, the third most visited place in Turkey. Famed for its rolling valleys of fairy chimneys, formed by a volcanic eruption and wind erosion. In ancient times, this was where early Christianity took off. We see traces in old cave churches and monasteries like Goreme Open Air Museum, a UNESCO World Heritage Site. The most favourite activity is a hot air balloon trip just as the sun rises to see the lunar-like landscape from above. Otherwise, tour the underground cities inhabited by citizens at times of invasion. The other famous destination in this region is Ankara, the capital from where the Turkish government rules.

Few tourists venture to this area because it sits on the border with Syria, yet it makes for exciting exploration because the culture is entirely different from the west. Don’t be surprised to be sitting on a bus and hear Turkish, Kurdish or Arabic spoken. As more of a conservative and landlocked area, forget about beaches and swimwear. Prominent places include old Mardin, famed for its stone architecture, Gaziantep the king of Baklava and pistachios, and Sanliurfa, home to Balikligol, where ancient texts say Nimrud threw Abraham into the fire. Two notable rivers include the Tigris basin and the Euphrates. One interesting fact is the southeastern region sits on the edge of the ancient Mesopotamia plains which some texts say was where human civilisation began.

Once again, tourists largely neglect Eastern Turkey, yet it holds crucial geographical and historical landmarks. Lake Van, just a short distance from Iran’s border, is Turkey’s largest lake, famed for old Armenian churches on the shorelines. Ask any Turk, and they will say the best breakfast to set you up for the day, always comes from Van. Meanwhile, Mount Ararat is the highest point in Turkey, and some Christian historians believe it is where Noah’s ark landed, although this has never been verified. Heading up to the border with Armenian, we arrive at Ani, known as the city of 1001 churches. As the former Bagratid kingdom capital, it sits within the Kars province that Russians once occupied, and you can see their architecture in the old quarter.