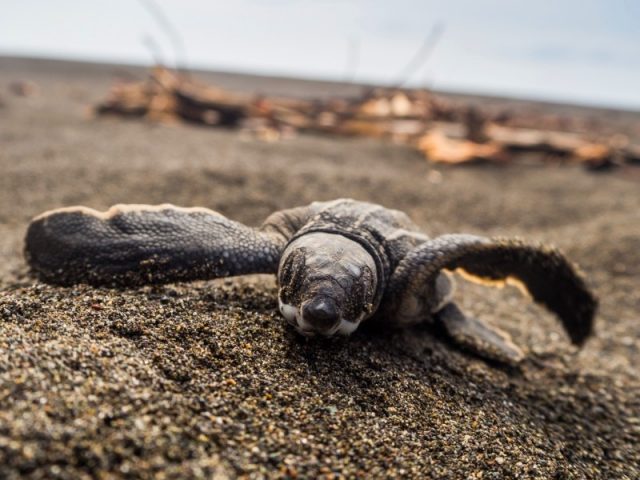 A scientific report just published by project partners Biosphere Expeditions and Latin American Sea Turtles (LAST) for the 2017 nesting season shows an average of 75% of turtle nests across four species (leatherback 58%, green 76%, hawksbill 67%, loggerhead 100%) were saved as a result of beach patrol and direct conservation actions. This percentage of saved nests is the highest since the conservation project was started by LAST in 2012 and should be celebrated as a major success in sea turtle conservation. 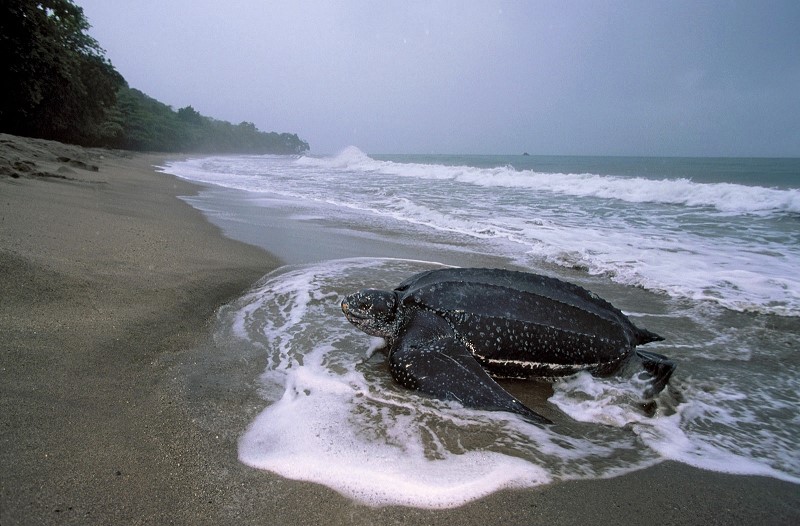 LAST and Biosphere Expeditions will continue to run this project and make various recommendations for improvements in their report. The high number of poachers, as well as the nest and adult poaching rates, remain a serious concern. However, the project continues to fight a successful battle with the poachers with a high this year of 75% of nests saved. If the national authorities tasked with nature protection and law enforcement were to join efforts in turtle conservation properly, and there are encouraging signs of this starting to happen, then in the opinion of the report authors – Fabio Carrasco of LAST and Matthias Hammer of Biosphere Expeditions – combined actions by NGOs and state authorities will have a high chance of success of bringing poaching down to levels below 10%. This, the authors say, “would turn this project from extinction prevention into population recovery.”

Fabio Carrasco adds that “in 2017 there were encouraging signs of local authority involvement beginning to happen. The local coast guard started to run sporadic patrols of the beach. Five poachers were arrested and taken to trial as a result, which did seem to have some effect on poachers, who appeared to spend fewer hours on the beach at night. We use cautious wording here, because we do not have any hard data to support this supposition. We did, however, come across more turtles in the process of laying than usual, with no poachers present, which suggests that fewer poachers were active. Even a slight increase in authority involvement is to be welcomed. Ultimately, however, authorities should be proactive in the removal of transient, criminal poachers from the community. This can only be achieved with the cooperation of the community, which could lead, in an ideal world, to the establishment of safe, nature-based tourism in the area with significant economic benefits for the community. This social and economic development of the community of Pacuare is a crucial parameter to allow LAST to meet its objectives and to protect the population of sea turtles. It is also crucial to raise environmental awareness amongst the local population of Limon province so that the consumption of turtle meat and eggs is reduced. Without consumers, there would not be any market, and poaching would cease.”

Dr. Matthias Hammer, conservationist and founder of Biosphere Expeditions, adds that “we at Biosphere Expeditions are proud to have played a role with our citizen scientists teams in supporting LAST’s critical sea turtle protection work at Pacuare beach. As Fabio says, we want to involve and empower civil society, from abroad as well as locally, and collect scientifically valuable data that can be used to make fact-based, rational decisions about sea turtle conservation in Costa Rica. Community involvement will be crucial and the key to this is creating livelihoods based on intact nature and turtle presence. We will keep working with LAST on this as long as we can find citizen scientist from all over the world to join in our effort. If this is you, then do join us in our fight for sea turtle survival“.

The next expedition will take place in May 2018 and citizens from around the world are invited to take part.

What’s New on the Dutch Caribbean Island of Bonaire