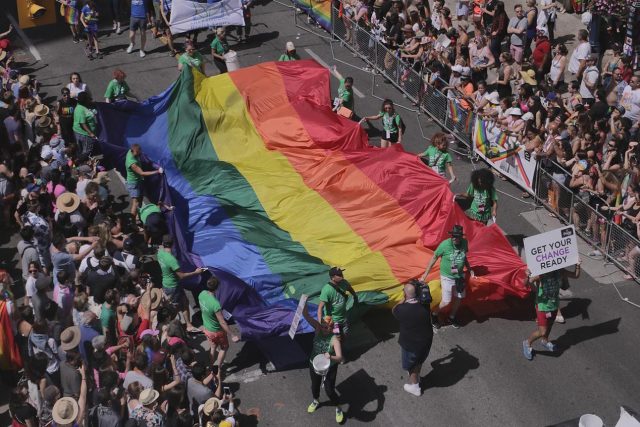 Launching its first direct flights to Canada on May 6th with the inauguration of its direct Milan Malpensa-Toronto service, Air Italy is now proud to announce its partnership with the Toronto Pride 2019 Festival as the Official European Carrier.

The new route which will be the third new international launch of 2019 in May – following the scheduled launch of services to Los Angeles and San Francisco on April 3 and 10 respectively – will make Toronto Air Italy’s fifth new North America route after the 2018 launches of New York and Miami.

Rossen Dimitrov, Air Italy Chief Operating Officer said: “Since the rebranding programme started last March, Air Italy has been clear in its focus as an innovative and contemporary airline focused on providing an exemplary customer experience.

“Given this, and with our highly anticipated launch of services to Canada in May, we are absolutely delighted to be able to take on our role as Official European Carrier for Toronto Pride 2019.

“In tandem with this, because we highly value equality and inclusiveness, we have, and will continue to, review all our policies to ensure that we live by these values, both for our staff and our customers.”

“With this announcement, Air Italy is delighted to invite our customers to take advantage of our special promotion offer and join us and take part in Toronto Pride 2019, one of Canada’s most important art and culture events, and one of the world’s largest Pride celebrations, as well as one of the greatest international street festivals, with its programm that lasts throughout the whole of June.”

Pride Toronto’s Executive Director Olivia Nuamah stated: “We are excited by this new partnership and by the introduction of a new non-stop route to Italy from Toronto, it will serve to deepen the already strong ties between our two communities. Air Italy has shown a commitment to this city and community. They have recognized Canada’s dedication to diversity and inclusion by partnering with Pride Toronto. They could not have made a stronger statement about who they are as a company and brand than by choosing us to introduce their new service. We are thankful they chose to work with us on this momentous occasion.”

During the key weekend of the festival – 21 to 23 June – as well as participating in the Parade, Air Italy as the Official European carrier will be the presenting sponsor for Pride Toronto 2019’s Street fair, one of the key event locations and activation zones for this year on Church Street, Wood Street, and Wellesley Streets.

To reach Toronto on the occasion of the festival, the Company offers passengers a special Promo Code AIRITALYPRIDE to obtain a 20% discount on the return fares with departures from Italy on the website www.airitaly.com until 25 February and to fly to Toronto between 16 and 30 June 2019.

The new service to Canada will be operated daily except for Thursday. Toronto will be easily reachable with comfortable seamless connections from seven Italian cities (Rome, Naples, Palermo, Catania, Lamezia Terme, Olbia and Cagliari via Malpensa.

All Air Italy’s new services between Milan Malpensa and Canada, are being operated with Air Italy’s new long-haul Airbus A330-200, which offers up to 24 seats in the exclusive Business Class cabin making it possible to fly with maximum comfort in fully lie-flat seats with signature Italian cuisine accompanied by a selection of champagnes and Italian fine wines, Wi-Fi service, an extensive inflight entertainment service and the personalized attention from its on-board staff.

On the new domestic flights from Malpensa, Air Italy offers in Business Class a welcome drink service, breakfast or snacks, and alcoholic and non-alcoholic beverages, and in Economy Class a snack with a choice of coffee, tea, soft drinks and fruit juices, all served by its highly attentive crew. To find out further details simply visit www.airitaly.com,