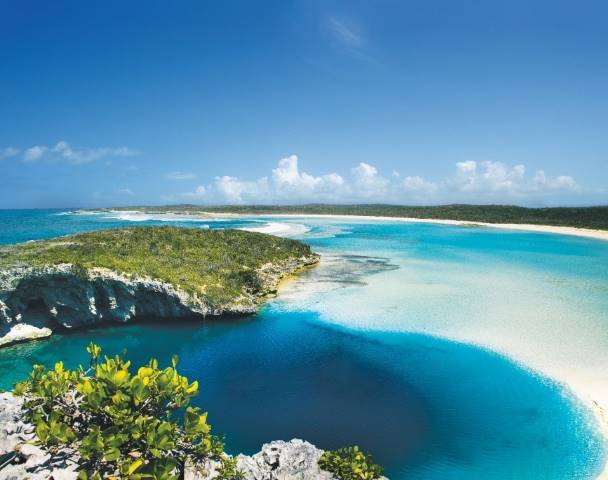 Yearning to play out your National Geographic fantasies and explore the mysteries of the deep? In The Bahamas, you won’t need a submarine: its warm cerulean waters are home to hundreds of captivating “Blue Holes.” Though endowed with an almost mystical appearance, these circular areas of dark blue water are actually the entrance to aquatic sinkholes and underwater caves. The Bahamas can claim more of these natural formations than anywhere else in the world, with the Island of Andros in particular boasting over 200 off its shores. Blue Holes are a paradise for divers, flush with compelling geological formations including stalagmites, sheer limestone walls and dazzling mineral formations.

To swim in these mythical bodies of water is to step back in time and experience the geology of the past suspended beneath the waves. Though mythical in character and immortalized in more than a few Bahamian legends and tall tales, the truth of these Blue Holes is that they are apt to leave even the most veteran diver speechless.

If you fancy experiencing this one-of-a-kind underwater odyssey for yourself, here are some of the best Bahamian islands where you can swim, snorkel, dive or hike to a Blue Hole and experience its mystery.

These elusive “Blue Holes,” or underwater cave systems, are a diver’s mecca. Yet somehow, most of them are still waiting to be explored. Are you brave enough to take a dive?