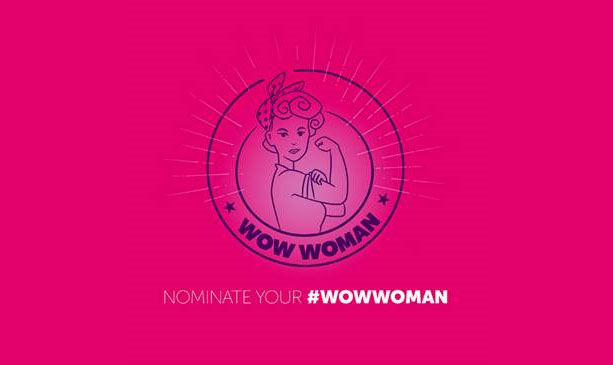 WOW air, Iceland’s only low cost airline, is celebrating International Women’s Day by honouring some of the inspiring women in Canada.

The airline is encouraging Canadians to share stories of important women in their lives on Facebook or Instagram using the hashtag #wowwoman between February 26 and March 8. On International Women’s Day, WOW air will repost the most inspiring stories, and award each winner two tickets to a destination of her choice within the WOW air network.

Iceland, WOW air’s home country, consistently ranks first in the world for gender equality. It was the first country to have a female president, Vigdís Finnbogadóttir, elected in 1980, and the world’s first openly lesbian head of government, Jóhanna Sigurðardóttir, elected prime minister in 2009. Its second female prime minister, Katrín Jakobsdóttir, has been in office since 2017.

While the aviation industry globally still trails on the issue of gender equality, with tiny numbers of women in management and inside the cockpit, women at WOW air make up 54 per cent of all staff, including 33 per cent of its managers and 83 per cent of its cabin crew. The share of WOW air’s female pilots, at 7 per cent, is also above average; the number is closer to 4 per cent in the U.S. and the U.K., and around 6 per cent in Canada.

The #wowwoman efforts will serve to recognize and celebrate the women who positively impact the lives of those around them. To distinguish relevant entries apart from other posts that may use #wowwoman, Facebook and Instagram entries must also include the tag @wowair.

Keeping Your Travel Blog Alive and Kicking During This Crisis Time