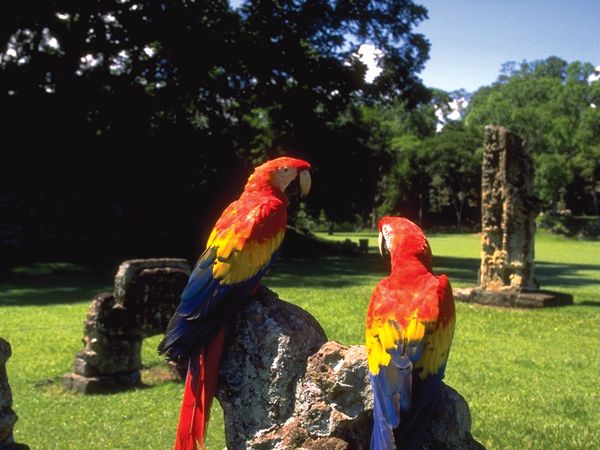 With a host of new hotel openings, new flight routes and new campaigns being launched by tourism boards, Central America is set to be a favourite amongst travellers in 2019.

Belize is tipped to be a leading eco-tourism destination following the launch of a number of campaigns in 2018 such as the conservation measures taken to protect the Belize Barrier Reef. The country’s approach to sustainable practices was reinforced following the news that a legislation has been passed banning single-use plastic items as of 22 April 2019, coinciding with Earth Day.

Belize has also seen an influx of hotels and resorts that have greatly boosted its luxury offering. Many new properties are under construction and set to open their doors in the next few years including Itz’ana Resort and Residences (spring 2019), Unscripted Belize (2019), Autograph Collection Hotel Alaia (2020) and the Four Seasons Resort and Residences Caye Chapel (2021).

Featured on Lonely Planet’s top 10 countries to visit in 2019 alongside Belize is Panama. Panama is predicted to be particularly lively throughout the year thanks to the celebrations for the capital’s 500th anniversary since its founding. Large visitor numbers are expected as a result of the landmark event combined with continued development in tourism infrastructure, such as the proposed attractions at the Panama Canal. Plans have been revealed to construct a children’s park, new visitor centre and an operational cable car to encourage visits to the canal and ensure tourists get the most out of their visit. Panama has also seen investment in its inbound transportation links with Air Europa launching a new flight route from Madrid Barajas airport to Panama’s Tocumen International beginning in June 2019.

The Dominican Republic has been recognised as one of the world’s top golf destinations of 2019 having been awarded the ‘Best Golf Destination for Latin America and Caribbean 2019’ at the International Association of Tour Operators of Golf (IAGTO). This is the fourth time the island nation has been awarded the prestigious title in a six year period, firmly securing its status as a top golfing retreat for 2019. The country hopes that the award combined with a surge in the demand for leisure and wellness breaks will make it a popular choice among travellers this year.

Honduras’ continued investment in its tourism infrastructure shows the country’s commitment to the industry. As such, the Honduran Tourism Board recently launched a new video campaign to highlight the beauty and diversity of Honduras – under the slogan “you can’t leave Honduras without really knowing Honduras.” Diversifying the tourism portfolio is strong on the priority list with the launch of the new Marina Copán Convention Centre. The new centre is expected to significantly boost Honduras’ MICE offering and will be located in a unique location minutes away from the Mayan Copan Ruins and will have the capacity of 800 people. Further infrastructural developments include the construction of the Aloft hotel in San Pedro Sula opening 2020, as well as the Hilton Garden Inn Tegucigalpa set to open in 2021, marking the debut of the brand in Honduras.

A TASTE OF TRAVEL: BELIZE