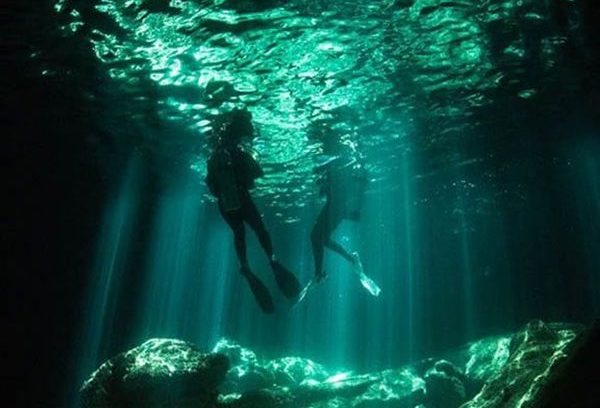 As we get closer to Christmas, it’s time to start planning the next diving holiday, but as we’re all shuddering at the thought of those Christmas expenses, South Pacific specialist Diveplanit Travel has put together a Top 5 list of best value diving destinations to book now.

At the eastern tip of the Coral Triangle, the most biodiverse marine habitat on Earth, lies the Munda, in the Solomon Islands.

With direct flights from Brisbane to Munda in the Solomon Islands’ Western Province, and budget accommodation at Agnes Gateway Hotel, Munda is one of the most affordable places to dive in the South Pacific and a choice of over 50 dive sites to explore, including WWII wrecks, beautiful coral walls to drift along and mysterious caverns to explore.

If you haven’t dived the USAT Liberty wreck in Tulamben Bay, you really need to add it to your dive bucket list – the biodiversity at this one dive site alone will have you strolling from nearby Tauch Terminal Resort four or five times a day, not to mention the other great coral and macro diving on Bali’s north east coast.

If it’s big stuff you prefer, hop across the Lombok Strait to Nusa Lembongan to dive with Mantas and, perhaps the world’s weirdest marine mega-fauna; Mola Mola.

Less than three hours flight from Australia’s east coast, Vanuatu boasts some of the Pacific’s most famous WWII wrecks including the SS President Coolidge and Million Dollar Point on the island of Espiritu Santo, and incredibly varied diving off the coast of the island nation’s Port Vila.

Diving in Vila ranges from the staghorn fields and anemone gardens of Hideaway Island to stunning dives such as the Semele Federesen wreck and the Cathedral sea cavern. And let’s not forget the beautiful caves, swim throughs, seriously untouched coral (and active volcano) on the island of Tanna.

Malaysia’s Tioman Island sits inside a marine protected area and as such is home to some of the healthiest reefs in South China Sea, with a huge variety of reef fish, turtles, sharks, cuttlefish, as well as fantastic muck diving and even a wreck.

North Sulawesi is a bit of a double whammy, its east coast famous for the macro wonders of the Lembeh Strait and west coast for the beautiful coral walls of Bunaken National Park (Manado) and pristine coral gardens of Bangka Island.

Some dive resorts offer two-in-one and even three-in-one packages which allow divers to sample two or three of these North Sulawesi dive experiences, taking care of all transfers making the trips between locations seamless.

7 Compelling Reasons to Plan a Trip to Mountains This Year