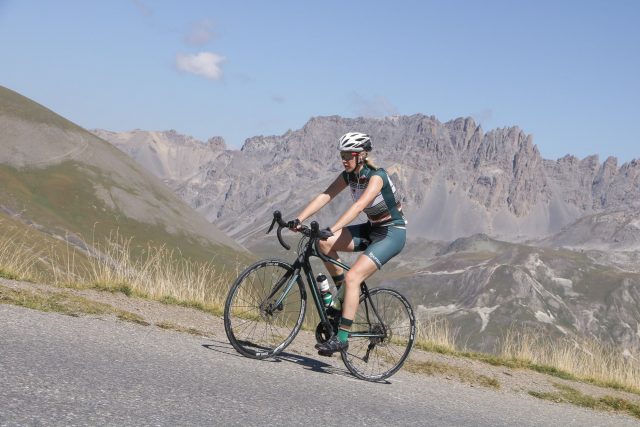 Tourissimo is excited to announce a new cycling tour entitled, “Epic Climbs of the Western Alps.”  The 7-day adventure leads intrepid cyclists over iconic mountain passes featured in the Tour de France and Giro d’Italia (Colle delle Finestre, Col du Galibier, Col de l’Izoard & Colle dell’Agnello) and down to the Italian Riviera. Guests will experience France and Italy in a single journey, marveling at spectacular alpine views every day, while cycling distances between 50 and 60 miles. The tour combines excellent riding through stunning scenery with superb cuisine, 4 and 5 star hotels, fine wines, and relaxing evenings in beautiful and culturally rich locations. “Epic Climbs of the Western Alps” is scheduled for Aug 29 – Sept 5, 2020. For more information, contact Tourissimo.

“On this tour, which is part of our brand-new Ambitious Tour series, guests will ride from Turin to the Alps between France and Italy and down to the coastline of Liguria,” said Tourissimo Co-Founder, Beppe Salerno. “These climbs have been featured in the Giro d’Italia and Tour de France, including some lesser-known passes such as Colle delle Finestre, with its unpaved section, and Col Sampeyre, which links two beautiful valleys of the Cuneo Province.”

In addition to cycling, guests will experience an array of cultural activities, including a walking tour of Turin, visiting Sestriere and Bardonecchia which were both venues for the XX Olympic Winter Games, driving through The Fréjus Road Tunnel (one of the longest tunnels in the world),  and biking to the highest town in France, Briançon.