With the long nights and cold temperatures of winter upon us, it’s tempting to retreat to a warm spot in front of a crackling fire. However, Booking.com has delved into its more than 5.8 million listings of homes, apartments and other unique places to stay in 144,000 destinations to present seven city breaks that will have you exploring winter’s cool factor to the fullest. Whether you’re after cozy restaurants with warm and hearty food, great shopping or beautiful architecture that glows in winter’s dusk, bundle up and wander the charming streets of these magical winter destinations.

In addition to being the world’s design powerhouse, Stockholm is also a Nobel Prize contender for Scandinavia’s friendliest citizens. No matter how cold the temperature outside, you’ll be warmly welcomed with open arms to this urban city, where medieval alleys, majestic parks and an awe-inspiring Royal Palace will leave you eager to explore. From December to February travelers have very high chances to enjoy the snow around the city.

Where to stay: Located one floor below the popular Urban Deli restaurant and marketplace in central Stockholm, the trendy Hotel With Urban Deli features industrial-modern rooms near the lively Stureplan dining and shopping area.

Iceland rumbles with volcanoes and geysers and in Reykjavík, the capital city, the urban and natural worlds meld together. See how Hallgrímskirkja Church, one of the tallest structures in Iceland, rises into the sky like an ice wave or plunge into the geothermal waters of Nauthólsvík Beach and warm up faster than you can say “Eyjafjallajökull”! January is the coldest month of the year in Reykjavik and although snow is not 100% guaranteed, chances of enjoying the fluffy white snow are high. 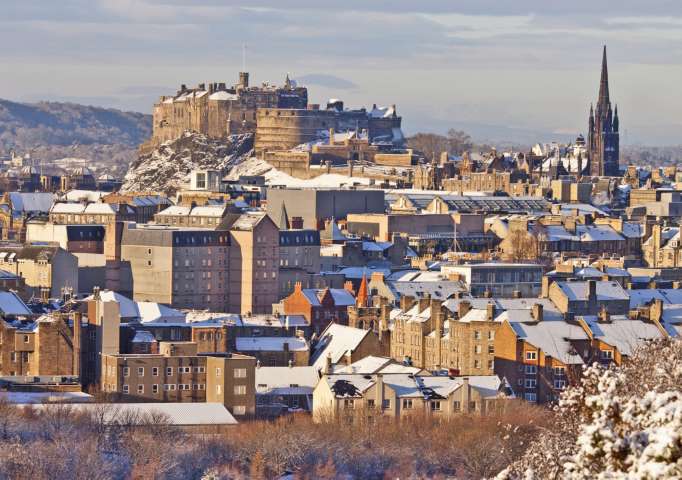 There’s something about Edinburgh and storytelling. After all, this is the city that inspired Barrie, Stevenson and Rowling. Bundle up and let your imagination take flight in Old Town’s maze of streets and write your own story in the home of haggis (a savoury local cuisine), single malt whisky and deep-fried Mars bars. During the winter months, Edinburgh becomes an atmospheric destination with cozy cafes and bars to warm up in and meet the locals.

Where to stay: Opposite historic Calton Hill Park, The Hedges Bed & Breakfast is a traditional guesthouse with spacious rooms and an inclusive breakfast.

Nicked named the Windy City, Chicago experiences its coldest months in January and February. Standing proud along the shores of Lake Michigan, Chicago is down-to-earth, friendly, and abounding in culture. Don’t let the cold stop you! Ice skating in Millennium Park and shopping on world-famous Michigan Avenue are only some of the activities travelers can enjoy during the chill of the winter months.

Where to stay: Just blocks away from the luxury shopping, dining and entertainment of Michigan Avenue’s Magnificent Mile, the boutique Kimpton Gray Hotel is in the heart of Chicago. Guests can warm up and relax on the hotel’s rooftop bar and take advantage of the complimentary evening wine hour.

Built on a sheer cliff called Cape Diamond, Québec City is a genuine gem. While the old town, where you can uncover the city’s European roots, is enchanting year around, it takes on a whole new dimension of wonder in the winter. Over a third of Canadian travelers (38%) report they plan to take more weekend trips in 2019, so take a bite-sized trip packed with culture along  Rue du Petit Champlain – it bubbles over with bars and bistros that serve everything from hearty pub grub to fancy nouvelle cuisine.

Where to stay: Along the St. Lawrence River, steps from the shopping on Le Petit Champlain Auberge Saint-Antoine is a stylish hotel with luxurious guestrooms in Quebec City’s Old-Port area.

According to Booking.com, 31% of travelers plan to visit a destination that makes them feel like a kid again in 2019, so this year, bring the kid in you out at the annual Snow Festival in the capital of the Japanese prefecture of Hokkaido. This yearly event is hosted every February and is very popular amongst both domestic and international travelers. Snow is almost guaranteed every winter, so put on your boots and gloves and get ready for a snowball fight.

Where to stay: Grids Sapporo Hotel&Hostel is in the Sapporo City Centre district, 400 metres from Odori Park. The property features dormitory and private units, as well as a female dormitory room. Visitors can leave their baggage at the property’s storage space and relax and stay warm in the shared lounge before exploring the cool city. 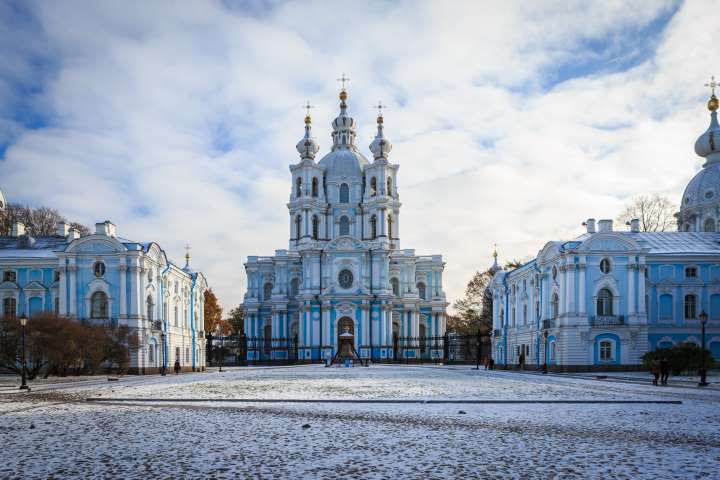 In the winter, St. Petersburg is like a real-life snow-globe full of splendid cathedrals, snowy parks and charming bridges – perfect for the 34% of scenery-stricken Canadian travelers that have said that taking photos for social media is what they look forward to the most when going on vacation. During winter the city can be covered in snow, but buddle up, the average temperature is -6°C during January and February.

Where to stay: The exclusive 5-star State Hermitage Museum Official Hotel is set in the 1830’s mansion in the centre of Saint Petersburg and represents the atmosphere of the original Hermitage Museum. Guests will have the opportunity to stay in luxurious rooms and suites with elegant furnishings, designed by Italian woodwork masters from Florence.

Sun Protection During Travel: 5 Things to Keep in Mind