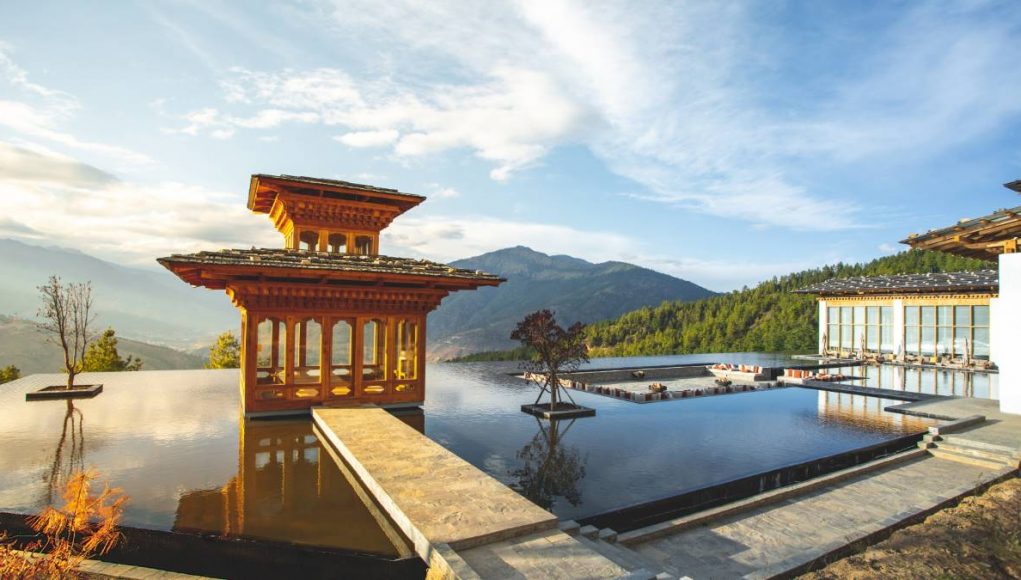 The go-to reference for spa aficionados, Tatler Spa Guide 2020 has named Six Senses Bhutan as the winner of the ‘Fuel The Inner Flame’ category. It is a tremendous accolade to not only be included in the guide, but to also win this award, which celebrates crème de la crème of spas.

“Happiness runs rife in this Himalayan retreat, where forests of pine, ancient rock formations and silent monasteries are to be found. But so do indigenous therapies, which capture the spirit of this architectural circuit: from hot stone baths to meditation and mentoring. So where better to embark on a guided journey to inner joy?” says Mary Lussiana, writing for Tatler.

The concept of happiness being more important than a materialistic approach to life is woven into the fabric of Buddhism. However, it was the fourth King of Bhutan who led the way on how this could apply to the governance of a country when he coined the phrase and concept of Gross National Happiness.

The Bhutanese government sought help from experts around the world to understand how to measure the population’s happiness levels and defined nine indexes. Four of these indexes: Good Governance, Community Vitality, Ecological Diversity and Resilience, and Living Standards, resonate with the Six Senses core values. This is why the brand took great care to reflect them in the uniqueness of each of its five Six Senses Bhutan lodges through the way they are designed, built and managed.

Taking the remaining five: Health, Time Use, Education, Psychological Well-being and Culture, Six Senses Spas created a series of journeys based on the brand’s understanding and application of these principles. From Buddhist bathing rituals to black lava and hot stone treatments, cultural activities revive and invigorate and Visiting Practitioners are on hand to address individual concerns. Guests are invited to find their own path to happiness through practices that stimulate their curiosity and sharpen their awareness of what they see and experience as they travel the Land of the Thunder Dragon.

This year, all Tatler Spa Awards winners were honored during a special online ceremony that took place on to September 30 on Tatler’s IGTV.

Exploring Canada – Vancouver and Beyond