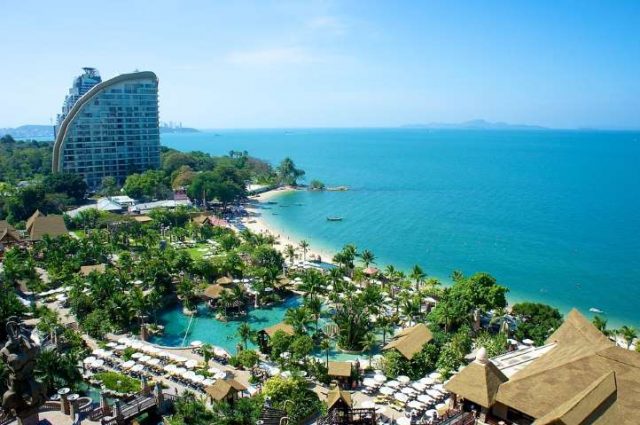 As the Tourism Authority of Thailand (TAT) turns 60 next year, the government agency reaffirmed its commitment to sustainable growth in the country’s tourism sector.

TAT Governor Mr. Yuthasak Supasorn reported that the total revenue from international arrivals and domestic trips around the Songkran holiday this year reached 22.07 billion Baht ($949 million). A record-breaking 38.27 million tourists visited the country in 2018, and the sector contributed to around 12% of Thailand’s total gross domestic product.

The TAT is undoubtedly one of the key innovators in the global tourism industry, with a huge repertoire of programs and partnerships to boost arrivals. As a result, many Asian countries are learning from the agency in enhancing their own tourism efforts.

In preparation for its 60th anniversary, TAT issued a statement of commitment to developing Thailand’s tourism into the “most economically promising, environmentally sustainable, and culturally vibrant sector in the years to come.” Targeting more affluent markets and maximizing digital media, TAT plans to implement responsible tourism while steadily increasing revenue.

To achieve its goals, TAT has partnered with initiatives that promote responsible tourism practices like the creation of the Happy Elephant Care Valley. Animal cruelty has always been a point of criticism against existing tourism practices around the world. The clamor against the cruel training of elephants is growing, and TAT has responded with elephant-friendly venues and programs. This is clearly a step in the right direction as it sets new standards in responsible tourism.

TAT has also committed to changing how heritage sites are regulated for tourism purposes.

Earlier this year, TAT sponsored a conference on protecting Asia’s cultural heritage. In meetings led by the Siam Society, 13 Asian nations including Thailand discussed the best practices in preserving historic and natural heritage sites in the face of modern tourism. This discussion is especially crucial in Thailand because it’s home to several UNESCO World Heritage Sites that are becoming increasingly popular with tourists. This includes the Khao Yai Forest Complex where parts of the famed Dong Phaya Yen Mountains are located. There’s also the Ban Chiang archaeological site, which experts consider to be one of the most important prehistoric settlements discovered in Southeast Asia. While TAT has so far done a great job in the preservation of these and more heritage sites, there still remains gaps in conserving the country’s heritage.

Thailand’s island paradises Samui and Phuket are seen as emblems of the destructive and business-as-usual paradigms that plague modern tourism. The unsustainable development model of Phuket has resulted in declining tourist visits. By targeting high-end and more eco-conscious travelers, TAT aims to increase growth in revenue while forging sustainability in Phuket.

Last month, the Phuket Hotels for Islands Sustaining Tourism joined forces with the Phuket Hotels Association to launch a partnership with TAT. The public-private partnership aims to minimize the economic and environmental impacts of the boom and bust of mass tourism. It also wants to implement sustainable practices while countering the slowdown in tourist visits. ETurbo News reports there are still 15,000 hotel rooms currently being built on the island. TAT intends to sustain this growth by encouraging tourists to pay a premium for the new sustainable infrastructure and practices.

Despite the turndown in visits in some areas of the country, the future looks bright for Thailand’s tourism industry with the Bangkok Post detailing that TAT has partnered with leading soccer clubs in Brazil. This will involve the Amazing Thailand logo being displayed on the jerseys of top Brazilian clubs in order to increase tourism numbers. This partnership is a reflection of how popular the sport of soccer has now become in Thailand. In an Expatbet’s feature on sports betting in Thailand they note how soccer is the now the main sport in the country, with many locals betting on major leagues around the world. This has led to a rise in sports bars in the country’s major cities that can cater to both locals and tourists. A clear demonstration how Thailand is developing a culturally vibrant tourist industry that appeals to a wide range of visitors. The partnership between the TAT and Brazilian soccer will capitalize on this growing market, and through sports like soccer more tourists will be encouraged to experience all Thailand has to offer.

While some remain skeptical, TAT is confident that their current strategies will continue to generate growth while re-modeling how tourism is done in the country. It remains to be seen if TAT can pioneer this tall order by the time the organization turns 60.