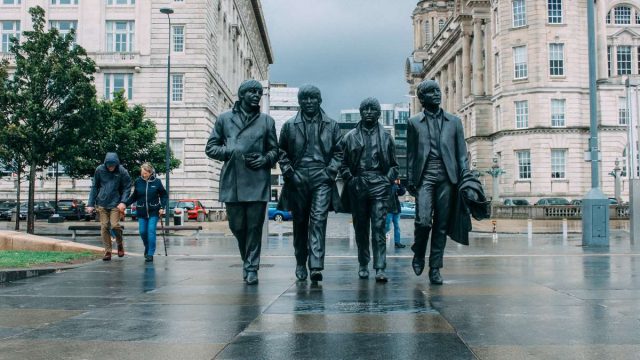 The world is in a bit of a weird state at the moment. Many of us have been locked indoors for months at this point, and with the ongoing pandemic seeming to show no signs of letting up, people are having to learn to get back to some semblance of normalcy while practising social distancing policies and putting safety measures in place.

Stuck with a little bit of extra time on your hands, and are thinking of planning your next city break for the future? We’ve compiled a short list with some of the best UK cities that you should consider visiting. Read on to get inspired and find out more!

While already an incredible northern city in the UK, with some of the best nightlife the country has to offer, and a fantastic amount of excitement mainly driven by large amounts of football success in recent months. Liverpool is set to grow even further into an even better place to be for tourists and locals alike. Preparing for the Liverpool of tomorrow, property investment companies such as RWinvest are building luxury apartment buildings and properties in an attempt to meet the increasing demand, and again there are plenty of exciting spots that will only get more enticing in the coming months and years.

Down the road from Liverpool, and mirroring it in a bunch of different ways, is Manchester, referred to by many as ‘the Northern capital’. Not only does this city also have a world-famous footballing empire, but it has some powerful growth statistics and again a booming nightlife/music scene.

Manchester may have already experienced much of the development boom that Liverpool is now benefitting from, making it perhaps less of an exciting prospect for some investors looking into specific development types, but from a tourism perspective, it’s a win-win. Those looking to visit Liverpool can get the best of both cities, killing two birds with one stone and going down to Manchester in perhaps the one visit.

Even further north than Liverpool or Manchester, Edinburgh is a beautiful Scottish city with a lot to offer. From its castle and old town to its trendy areas, Scotland’s capital has plenty of memorable monuments to explore. For comedy and music fans that love going to see live performances, the Edinburgh Fringe Festival isn’t one to be missed.

Sadly, the summer event hasn’t been taking place this year due to social restrictions put in place by the ongoing pandemic, but it still should be something that you consider planning for the future – and you can never be too prepared, considered the population of the city surges when the festival is taking place! With comedians from those starting out to experienced stadium fillers, you’re sure to get a laugh, and if laughing isn’t your thing, well, then you might be a robot, but you could instead enjoy some live theatrical performances put on by acting troops that come to the city.

Put Liverpool at the Top of Your Travel List

Why should you escape from London and visit Amersham?

Best Seaside Destinations in the UK