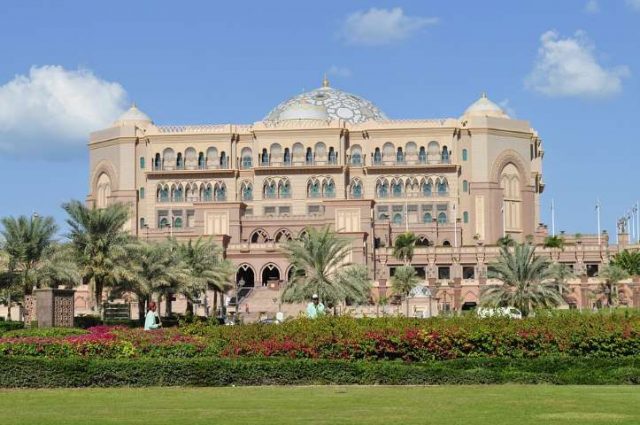 If you desire an all five-star service and experience, staying in a luxury hotel with limo service such as www.limofind.com is the perfect way to sample the lifestyle of the rich. Featuring stunning architecture, world class amenities and fine dining, luxury hotels offer an exceptional experience for the elite. For the most tasteful luxury travelers Property Turkey has compiled a list of the top luxurious hotels in the world.

Mardan Palace is a luxury hotel based in Lara, Antalya with a reported cost of approximately $1.4 billion. With over 560 hotel rooms, it is commonly known as Europe’s most expensive luxury resort. Facilities include a 12,000 sq ft spa, 4 aquariums, 5 acres of pool plus a personal beach for the guests with sand imported from Egypt.  Perfect for travelers wishing to combine comfort with luxury, the hotel includes velvet lined furniture, exotic wood floors and marble bathroom interiors.

Built to represent the sail of an Arabian dhow, the Burj Al Arab is the seventh tallest hotel in the world. Easily one of the most outrageously extravagant hotels in the world, it features a pillow menu with nine types of pillows for the guest to choose from, 24-carat gold leaf walls and full-sized Hermes amenities in every suite. Whilst the official rating of the hotel is 5-star (the highest hotel rating there is), it is widely referred to as a seven-star hotel. This magnificent destination offers world class service-right down to the chauffer driven Rolls Royce service.

Welcome to paradise. As one of the most stunning hotels in the Caribbean, Atlantis island resort features 11 swimming pools, a magnificent water park, 18-hole golf course, 21 restaurants, gym, tennis courts, a spa and even a Pilates and yoga studio. With a whole array of activities from family friendly fun to after dark nightlife, there is truly something for everyone at this awesome resort.

Located in the heart of Abu Dhabi, Emirates Palace is a lavish, golden exterior property overlooking the shores of the Arabian Gulf. Offering an array of worldwide cuisines, 1.3km of private beach land, a private marina and coral rooms with garden views, this iconic hotel welcomes guests into a world of indulgence. Emirates Palace is a testament to Abu Dhabi, showcasing Arabian culture at its finest via its whopping three-billion-dollar construction.

Based in midtown Manhattan, The Plaza has been one of New York’s most treasured landmarks since 1969. For over 100 years, the hotel has welcomed guests from around the world, including dignitaries, Hollywood royalty and world leaders. Providing a luxurious backdrop for famous blockbusters, guests can indulge in an opulent five star stay whilst being conveniently situated near New York City Center, Rockefeller Center, the Radio City Music Hall and Central Park.

Offering the true ‘Roman Emperor’ experience, The Westin Excelsior is not only a luxury hotel but a prized landmark too. Featuring Empire style furniture, indoor swimming pools styled after Pompeian baths and bohemian chandeliers, the Westin Excelsior has become a symbol for Italian opulence. Also famed for its Café Doney, the lounge bar often has opera singers as entertainment during Sunday brunch.

Situated near the Las Vegas Strip, The Palms offers uncompromising service and prides itself on being ‘different in design’. As one of Las Vegas’ most ambitious projects, the hotel and casino underwent a jaw-dropping $690million renovation to make The Palms one of the world’s most sought after luxury destinations. Featuring artwork from Andy Warhol and Jean- Michel Basquiat in the lobby, a $3million scotch inventory, a rooftop nightclub and fine dining in Michelin-starred restaurants.

Beach or Mountains? 6 Stunning Destinations that Deliver Both

6 Vacation Ideas To Help You Choose The Right Destination