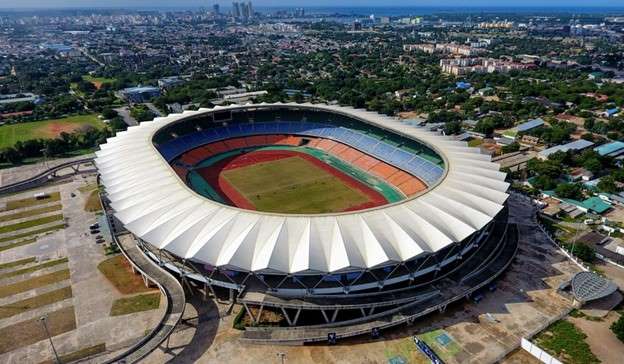 Outdoor sports have long been a favorite activity of Africans, especially people in Tanzania. Among them, football is the most popular sport in this country. Instead of sitting in front of the screen to watch the king’s sport, Tanzanians love to go to the field and watch live to experience. The feeling of true attraction of football, therefore, the construction of stadiums is invested by the state. If you are passionate about sports betting Tanzania here are the most famous stadiums in Tanzania that you should visit one time.

The stadium opened in 2007 and was built adjacent to Uhuru Stadium, the former national stadium. It hosts major football matches such as the Tanzania Premier League and the home matches of the Tanzania national football team.

With 60,000 seats, it is the 11th largest stadium in Africa and the largest in Tanzania. The pitch is owned by the Government of Tanzania. The stadium was built by Beijing Construction Engineering Corporation for $56 million. The record attendance was set in the first derby between Simba S.C. and Young Africans S.C. at the stadium in Dar es Salaam in 2008. The courtyard has five main entrances, a 600-car parking lot, 114 CCTV cameras, a VIP lounge, and an expandable roof. The size of the field as designed for football is 105 x 68 m. At the end of July 2020, the stadium was renamed after the late former president Benjamin Mkapa.

The stadium was the site of a major Tanzanian event in 1977, the merger of the Afro-Shirazi Party and the Afro-Tanganyika National Union into Chama cha Mapinduzi. In 2010, thanks to the technical and financial support from China, the Amaan stadium was once again reopened. It is also the site of Tanzania’s annual Revolution Day celebrations. Amaan Stadium has a capacity of about 15,000 people.

Mkwakwani Stadium is known as a multi-purpose stadium with all kinds of sports taking place here, such as athletics, pole vaulting, high jump,… The most popular is probably sports. King of football. This is the private playground of Coastal Union F.C. and has a capacity of about 10,000 people.

The Jamhuri Stadium is one of the outstanding destinations in Dodoma city, Tanzania. As usual, each stadium is attached to a certain club, for The Jamhuri Stadium, it is the JKT Ruvu Stars club. The stadium has a capacity of about 10,000 people.

Azam Complex Stadium is a multi-purpose stadium and a favorite destination for outdoor sports activities among Tanzanians. Azam Complex Stadium is located in Mbagala, Dar es Salaam and is a stadium that is focused on investment in the field, even though this place has been recognized and qualified by the government and is ready to receive international confrontations. This is the stadium representing Azam FC and has a capacity of about 10,000 people.

Above are the most famous stadiums in Tanzania, if you have the opportunity to come to this country, do not forget to visit these places.

Five Reasons Why Uganda Should Be Your Surprise African Safari Choice