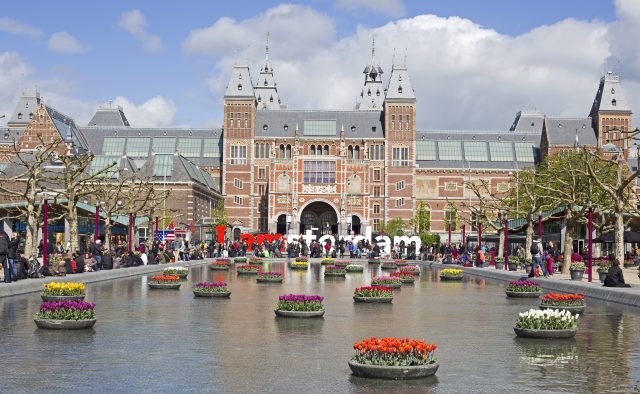 Europe is bursting with well kept history in numerous countries large and small. The history of western civilization in North America has its roots in Europe as the majority of immigrants came from all parts of Europe to start a new life in the New World. Many Canadians and Americans like to go back to the Old Countries to discover their roots and research their family history. The scenic beauty of the continent and the wealth of different cultures makes each and every visit one of a kind.

The London Bridge, the Tower of London, Westminster Abbey, Big Ben and of course Buckingham Palace is on the itinerary of everyone that visits London. Stonehenge, with its towering boulders and the many castles throughout the country are popular tourist attractions. Explore the most northerly communities in the United Kingdom in Scotland and relive the history of the clans. Walk the footsteps of national heroes, such as Robert the Bruce and William Wallace and visit the sites where the movies Braveheart and Rob Roy were filmed. Wales, too, has many mythical castles and scenery beyond expectation. Stroll through the streets of the towns and explore the many museums.

In Ireland, tour the Guinness Factory in Dublin, Kiss the Blarney Stone, or take short boat trips to see leaping dolphins. Fish for Salmon in the famed River Moy in Ballina, or visit any of the other many villages & hamlets of Ireland and their family-run, jovial pubs and Bed & Breakfasts.

Visit Amsterdam, the city where anything goes and see the blooming tulips of Holland. Windmills and blazing fields of flowers are everywhere you look. The world’s largest garden is at the Keukendorf Gardens, in Lisse just south of Haarlem and it sees thousands of visitors each year. See the works of the Old Masters including the superlative “Night Watch” in the Rijksmuseum, Visit Anne Frank’s house, the Jewish Historical Museum and the Mauritius Museum at The Hague.

The Scandinavian countries of Sweden, Denmark and Finland will introduce you to the traditional use of the sauna. The main city in Sweden, Stockholm, has everything you need for an idyllic vacation, but there are many smaller towns along the coast with scenery and beautiful beaches. See the midnight sun in such wilderness places as Norrland and see the majestic mountain peaks of the Arctic part of the country. Denmark has both cities and rural towns where you can see and do many different things. Take part in daily activity, such as hiking, cycling and walking, explore the many parks and browse the historical exhibits in the museums. Visit the chalk cliffs at Mons Klint, which are more than 5000 years old and are a striking sight to see.

Paris is one place that everyone wants to visit. The Louvre, the Champs d’Elysées, Notre Dame Cathedral, and the Eiffel Tower, a coffee at an outdoor cafe on the left bank – these are the sights on everyone’s list. Take a trip to the Riviera, and stay at one of the luxurious hotels on the beach. Hobnob with the rich and famous as you shop for designer labels at some of the most exclusive stores in the world.

From the bustling modern city of Prague to the small villages, where you feel as if you have been transported back in time, the Czech Republic has the vacation of a lifetime waiting for you. Trek up the mountains or be pampered in a spa – the choice is yours depending on how you want to spend your vacation. Explore the range of architecture you see in the buildings – Gothic, Renaissance and Baroque. Castles abound and the countryside is reminiscent of a fairy tale.

Poland is right in the heart of Europe and is a sort of bridge between the east and the west. While there are modern cities with all the conveniences, there are also small villages where it is common to see people traveling by horse drawn cart. Walk the narrow country lanes and see the people going about their daily lives. Visit the museums in Warsaw that tell of the tragedies of the Second World War and visit the concentration camps where so many Jews lost their lives. Tour the Jewish District of the city and learn about its history. See the Malbork Castle, the oldest medieval fortress in the country, with its many rooms and defenses. In southern Poland see the rebuilt city of Krakow, restored to its historic glory.

Germany has big cities and picture postcard little towns. With its many festivals, wineries and numerous castles, you will be busy seeing all that this country has to offer. Take a tour of the Romantic Road, which links several picturesque towns where you can stroll down the cobbled lanes. Berlin is a metropolis of museums and historic sites and the Kölner Dom in Cologne is the Mount Everest of cathedrals – it almost seems a mountain that has been carved into a semblance of a building. See the spectacular skyline of Frankfurt and traverse the many bridges of Hamburg. Munich is famed for Oktoberfest (actually in late September), but this wealthy city ranks with the great capitals of Europe and is in easy striking distance of the Alps for winter skiing or summer hiking.

Italy is the country of Rome, Venice, Florence and the other cradles of the Renaissance. The surrounding countryside contains many small towns with the villas and village markets. Take a gondola ride in Venice, visit the Vatican and St. Peter’s Square when in Rome and visit the ruins of once great buildings that you read about in history books. A must see is the five towns of the Cinque Terre, with its extraordinary scenery. The Palazzo Reale in Naples was built in the 17th century has an exquisite collection of furnishings, porcelain and tapestries. Renting a villa in Tuscany for a week is on the “must do” list of most travelers who enjoy the finer things in life.

Hungary is the land of rich wines, thermal spas and is also a birdwatcher’s paradise. Although you know you are in Europe, you feel as if you have been transported to an exotic land. Budapest is the scene of many cultural activities and festivals and in the surrounding towns you will see country markets, horse markets and charming little villages. Just south of Gyor, visit the Pannonhalma Abbey, originally built in 1000 years ago. This structure features many styles of architecture and with more than 300,000 books it is the largest private library in Europe. Budapest is known as the “Paris of eastern Europe” and its location along the romantic Danube River features many parks and tree-lined streets. Visit the world famous 1894 Borvendeglo, a wine cellar extraordinaire and you can dine at the sister restaurant, just around the corner.

Gaze and awe at the majestic castles of Romania, and explore the medieval towns. This country has some of the best hiking and backpacking you would ever want in a vacation plus skiing in the winter. Horse drawn carts are just as common as cars on the streets. Visit the Village Museum with its collection of 50 buildings, such as homesteads and barns, complete with windmills. There is even a sunken church in Belis Lake. When the water level is low you can see the church cross. It is a must see on any vacation itinerary. The Carpathian Mountains have exceptional hunting and fishing as well as a plethora of other outdoor activities. Transylvania is known for its healing spas, and of course Dracula! Tour the real Dracula’s fortress, Bran Castle with its thick walls and imposing structure. The movies are true in that it offers a commanding view of the surrounding area.

Greece is known as the cradle of democracy and western philosophy. Explore the delights of Olympic- freshened Athens. Most amazing to some is the simplicity of the preserved ruins of the ancient markets in the middle of the city. To others like me, it is the many artifacts in the museums and the Temple of Delphi that fascinates. Many tourists acclaim Corfu as being the most beautiful of the Greek Islands, but crescent-shaped Santorini is just as exquisite and holds the myth of Atlantis. Drive into the mountains, where you may have to share the road with a donkey, take a tour to the site of the Blue Lagoon and laze about on the beaches of Attica. Ski the slopes of Mount Parnassus and explore the sites of the ancient Peloponnesians at Nafplio. The city of Mycenae is a walled fortress and you can see the archaeological excavations that have uncovered a palace and an underground tomb.

The Fine Arts Museum in Chisinau, Moldova, provides visitors with a detailed look at the history of this country. The beautiful fortress town of Benderi is one of the oldest in the country and Cabul is famous for its mud treatments and spas. Since Moldova is also a wine country, you can tour many of the wineries and taste the fine products that come from this country.

Europe is a mixture of ancient and modern cultures and is rich in cultural heritage. Most tourists flock to Europe attracted towards its rich ancient art, well maintained monuments, museums, churches, pagan temples, culture, food, shops and more. Europe has some of the world’s most famous mountain ranges like the Alps, Dolomites and Urals. In addition, Europe’s major rivers include Elbe, Loire, Oder, Rhine, Rhone, Seine Thames, Volga and Vistula.