Home #WHERETONEXT Europe What are the Best Neighborhoods in Athens, to Visit? 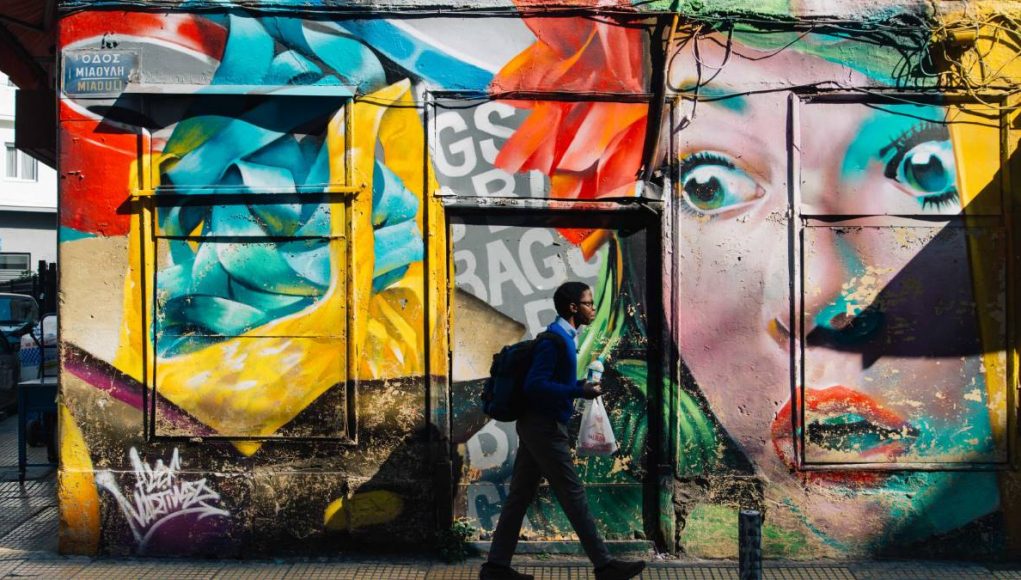 Each neighborhood in Athens has its own unique attractions and character. It’s the perfect city to take a stroll, get lost, and find yourself pleasantly surprised with hidden gems around every corner. Rich with an incomparable blend ancient history and modern charisma, discovering Athens’ neighborhoods gives you an experience that’s all your own. Explore the cafes you can’t miss in Exarchia, the vibrant nightlife in Gazi and the coolest shopping in Koukaki.

The most famous Athenian neighborhood of Plaka is definitely a top attraction for visitors. Its picturesque streets, historic landmarks and lively shops make it a must-see. Hugging the base of the Acropolis, the area extends from Filomousson Square, roughly at the intersection of Kidathinaion and Adrianou Streets, down to Monastiraki. The best way to see Plaka is to simply wander its lanes, chasing glimpses of the Acropolis between the neoclassical buildings, Byzantine churches, cafes, restaurants, and souvenir shops. The prime sights are, of course, the Parthenon and the Acropolis Museum. But do give yourself time to visit smaller gems that highlight less familiar aspects of Greek culture, like the Museum of Greek Folk Art, the Folk Instruments Museum and the fine private art and antiquities collections at the Frissiras and Kanellopoulos Museums.

What a difference a decade makes. The arrival of the landmark Acropolis Museum and the pedestrian walkway linking the city’s ancient monuments has seen this historic neighborhood emerge as one of Athens’ most fashionable postcodes. The Parthenon stands as a monument to cultural achievement, but the structures raised around it memorialise personal myths. The Emperor Hadrian created a sanctuary dedicated to Zeus, The Olympeion, and erected an arch to lay claim to the city. Herodes Atticus, the first Greek to hold the rank of Roman consul, built an open-air theatre in memory of his wife. And first century Athenians dedicated a marble mausoleum to honour the city’s benefactor, Julius Antiochos Philopappos. For decades, these sights had languished in the shadow of the Acropolis. But Bernard Tschumi’s bold and beautiful Acropolis Museum, which opened in 2009, transformed the ugly duckling district of Koukaki into a swan. This renewal extends to the National Museum of Contemporary Art taking in tree-lined pedestrianised zones with a lively café and bar culture.

Old and new Athens converge in Monastiraki. The metro disgorges passengers on Adrianou, a street that is the flea market’s main artery but was also part of the ancient city. The city’s historical layers and the area’s traditionally diverse communities align here: look up from the square towards the Acropolis and your line of sight crosses both a mosque and a Byzantine church. Monastiraki, or ‘little Monastery’, is named after a monastic compound that once occupied the site. Today, all that’s left is the small 10th-century Pantanassa basilica on the square.

A wave of gentrification swept most of the old artisan workshops from Psirri and replaced them with bars and eateries in the early 21st century. Now modern craftspeople are moving back in, producing leather sandals and quirky souvenirs rather than wicker chairs and tinware. And derelict buildings have been revitalised with extraordinary displays of street art. But Psirri is still at its most enchanting, and liveliest, at night, when the second-hand shops close and the trendy night-spots set their stools out on the narrow streets.

Kolonaki may be the city’s poshest neighborhood, but there’s delicious irony in the fact that under Ottoman rule it was largely grazing lands. Many of its earliest inhabitants chose to settle at the foot of Lycabettus hill because it reminded them of their mountain village. Kolonaki’s star may have waned in recent years, but it’s still the place moneyed Athenians go to shop and socialise. And just as the city’s centre of gravity has shifted so has Kolonaki’s, moving from Agios Dionysios to Kolonaki Square, with the cafés on its lower side and along Kapsali street siphoning off its cachet. But Kolonaki never goes out of style—and is in fact reclaiming its own. The high street retailers that sprouted like weeds in the 1990s have beat a retreat, leaving space for a new crop of Greek designers to move in.