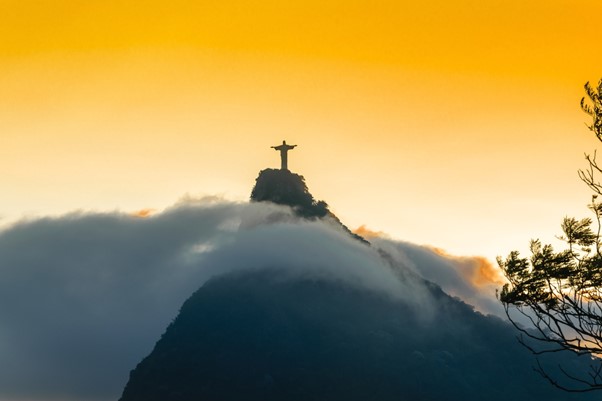 South America is a very interesting continent to travel around if you’ve got the time for some exploring. Anyone who visits is never disappointed thanks to the amazing combination of diverse cultures, delicious food, and stunning landscapes. By the time you get to the bottom of the following list, you’ll be planning your Peru tours or that once-in-a-lifetime vacation.

Let’s look at some of the things you can do in South America that are sure to make your vacation memorable.

No trip to South America would be complete without experiencing the iconic Inca Trail. It takes you to the ancient Inca city of Machu Picchu which is perched high on a mountain ridge at the heart of the Andes mountains.

Another option if you’re looking for an unmissable experience is a four-day trek to the Lost City in the coastal jungles of northern Colombia.

Trek Across the Surface of the Moon

The Valle de La Luna is its local name, but it’s also known as the Valley of the Moon or Ischigualasto Provincial Park.

It’s located in northwestern Argentina and got its name because of the amazing geological formations that look very much like the surface of the moon.

These are salt flats in Bolivia and one of the most talked about traveler destinations in South America.

During the wet season, the flats are covered in water that reflects the sky. While during the dry season, you’ll be able to take some stunning perspective photos.

Thrillseekers Will Love the Swing at the End of the World

You’ll find the “swing at the end of the world” at the Casa del Arbol near Banos in Ecuador. Thrillseekers have been enjoying this death-defying attraction for many years.

Take a ride on the swing and it’ll take you out in an arc over a steep canyon and offer breathtaking views of the Tungurahua Volcano.

This is the largest rainforest on earth. The world’s mightiest river, the Amazon, flows right through the middle of it.

The landscape spans nine countries, but the majority of people experience this mysterious landscape in Brazil, Bolivia, Colombia, or Ecuador.

There aren’t many glaciers in the world that are still advancing, but Argentina has one that is. Visit the Perito Moreno glacier and you’ll hear it creak and crack as it slowly grows.

If you’re feeling adventurous, you should strap on some crampons and take a trek out on the glacier itself.

Take Your Bike Along the World’s Most Dangerous Road

The “Death Road” of Bolivia has gained a reputation among backpackers because of its hair-raising twists and turns. If you’re looking for an unmatched adrenaline rush you should try mountain biking down it.

It got its name from when the road was a public highway and there were a huge number of fatal traffic accidents.

Be a Guest at Some of the Best Parties on Earth

If you love a party, head for the Rio Carnival as this is possibly the most famous party on the planet.

However, it’s not the only party experience in South America. Colombia also has some great festivals and the nightlife in Medellin, La Paz, and Buenos Aires is unmatched anywhere else in the world.

Colombia is one of the most biodiverse places on earth. Don’t miss visiting the famous Cocora Valley and hiking among the mighty wax palms.

If climbing is more your thing, don’t miss the opportunity to scale the peak of an active volcano. You’ll find some breathtaking treks whichever one you choose.

Visit the Biggest Waterfalls on the Planet

The mighty Angel Falls is almost 1,000 meters tall and you’ll find it in Venezuela where it tumbles from an isolated jungle plateau.

The Iguazu Falls have 275 separate drops and straddle the border between Brazil and Argentina.

Lounge on One of the Many Exquisite Beaches

South America has some of the world’s most beautiful sandy beaches which is just what you need if you’re a sun worshiper.

Cross the Equator in Just One Step

If you find yourself in Ecuador during your trip to South America, why not visit the equator? It’s just a couple of hours from the capital city of Quito and you’ll be able to stand with one foot in the Southern Hemisphere and one in the Northern Hemisphere.

Safaris are associated with Africa more than South America. Still, it does have its own wildlife safari if you find yourself in Brazil’s Pantanal as well as the Llanos of Colombia and Venezuela.

Head out with a guide to see if you can sport anacondas, giant anteaters, capybaras, jaguars, and hundreds of different bird species.

Rollin’ Down the River: Best Rafting Trips in Peru

Land And Sea, Large and Wee – Wildlife Is Thriving In Panamá’s Diverse Ecosystems