Home #WHERETONEXT Europe 3 Reasons Why You Should Go To Croatia To Experience the Adriatic... 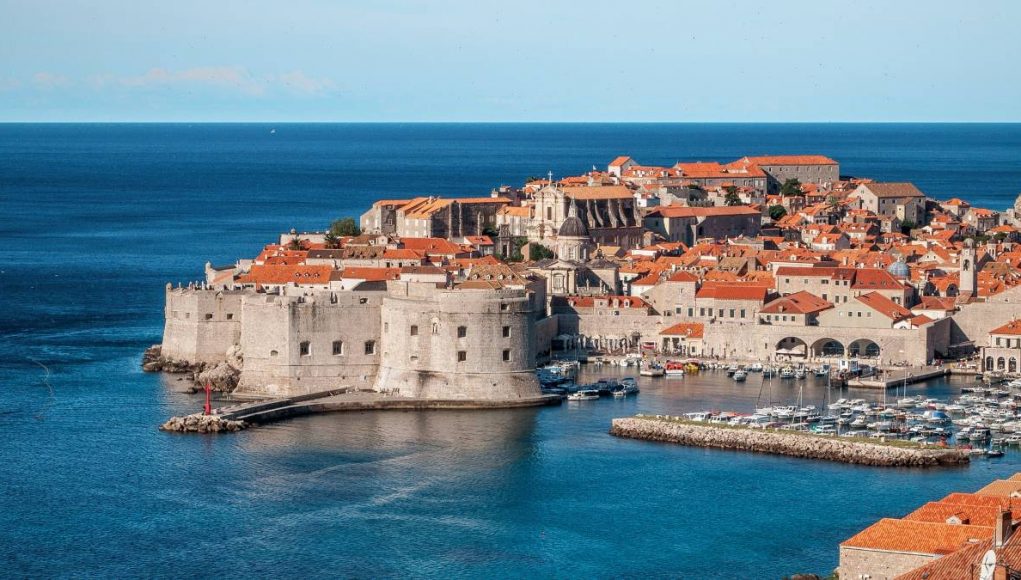 Balkan destinations, especially Croatia, are gaining popularity among travelers of various types. Partly, well-known places – like Dubrovnik or Split – became pilgrimage sites after the scenes in The King’s Landing from the Game of Thrones series were filmed there. However, there is a much more valuable reason to mark Croatia on your map, and it’s more – which is the Croatian word for “the sea.”

The Adriatic Sea is the Mediterranean Sea’s northernmost arm and is called “the sea of intimacy” thanks to its crystal clear and calm waters. Several countries have sea access to the Adriatic, but Croatia should be your go-to choice as it has almost two thousand kilometers of beautiful coastline.

But there are many more reasons why traveling to Croatia should go way beyond visiting Zagreb. In fact, in order to convince you, we created a list of such reasons. Check it out!

Croatia is a very diverse country due to its rich historical background. In its different parts, you can find the Austro-Hungarian Empire’s heritage, while visiting the coastline can help you familiarize yourself with bits and pieces of Italian culture.

Thanks to that, ten places that are located in this country are currently inscribed in the UNESCO World Heritage Sites list. Once you take a closer look at that list, you will be able to find quite a few of the most beautiful places to visit in Croatia. We chose to elaborate on three of these locations!

It is one of natural heritage sites in Croatia, its largest and the most popular national park, and yet another wonder of the world! A distinctive feature of the park is a cascade of 16 lakes, picturesquely connected by numerous waterfalls. Besides, there are beautiful caves, ponds, and forests full of beech and spruce trees, where you can meet roe deers, forest cats and watch rare species of birds.

On the Adriatic Sea’s shores, the ancient city of Split is located. It is the birthplace of the Roman emperor Diocletian. As a result, the town has preserved the Palace of Diocletian, which is considered one of the best-preserved palaces of the Roman Empire period in the whole world. It is located in the central part of Split’s old town. Coming here early in the morning and having the place entirely at your disposal is capable of taking you back in time.

Dubrovnik has belonged to many nations – the Italians, the Croats, the French, and the Austrians. Each of the new owners left their mark on the architecture of the city. Today, Dubrovnik is one of the most famous Croatian tourist centers and a perfect place for summer music festivals. Sand and pebble beaches like Lapad and Banje are marked with the highest global quality mark – the blue flag – making them idyllic spots to enjoy The Adriatic.

Croatia is rightfully referred to as The Land of a Thousand Islands, having about 1,145 islands along the coast. However, only 47 of them are inhabited. It may be challenging to pick just one destination with such a variety of different choices, so here are some of the must-visit islands of the Croatian coast:

It is the sunniest island of all and one of the few places on Earth where lavender grows naturally. It is also an island of olive oil, grapes, and underground wellsprings. And if you want to immerse yourself in the island life, go deep into the Hvar.

It is located in the Dalmatia region, next to Hvar, and is famous for its beach near Bol – Zlatni Rat (Golden Cape or Golden Horn). The village’s name translates from Croatian as “pain,” which can be justified, as the beauty of the beach and the sea will convince you that this place is a paradise on Earth, making it indeed painful to leave later.

It is the largest island in Croatia, which, unlike most other islands, is connected with the mainland by a bridge, so you can quickly get there by car. It is an ideal place for a summer holiday without overcrowded beaches. On top of that, it is really famous for its main gastronomic attraction – žlahtina dry white wine.

Any trip is incomplete without gastronomic discoveries, and fortunately, Croatia has a lot of tasty local goods to offer! Ingredients vary depending on the part of a country – continental or coastal – and will provide you with either meat specialties or seafood delights.

Besides, Italians influenced Croatian cuisine, so you will find a pizza no worse than in Naples. Traditional meat dishes include pršut (Dalmatian prosciutto), Kulen (meat sausages), and pljeskavica (a ground meat patty commonly used in burgers).

Crni rižot is a classic Croatian black risotto made with seafood and colored with cuttlefish ink. Another dish that you should consider trying out is called brudet – it is a rustic stew made with three different types of white-flesh fish. It is Croatia’s culinary treasure. Its recipe varies from one region to another, making it worth trying in every coastal region, ranging from Dubrovnik to Zadar!

Make sure to try some locally-made beverages, too! Croatian slivovitz is the most popular type of fruit rakija made of fermented plums, frequently referred to as “plum brandy.” Plavac Mali is one of the most famous wines due to its rich and tart taste, made from grapes that grow under the hot sun of Dalmatia. If you are a white wine lover, do not miss the chance to try the Malvasia wine from Istria. It can make for the best kind of refreshment after a long day at the beach.

Despite its small territory, you can find many kinds of tourist attractions in Croatia, ranging from beaches and islands and old cities built by Roman emperors to national parks with forests and caves and delicious food.

This country’s versatility makes it appealing to all kinds of tourists, making it a perfect choice for any activity, from sunbathing to exploring nature or trying out new water sports.

If the fuss around the Adriatic Sea seems overrated to you, wait until you see it with your own eyes. Or do not wait and plan a trip already! Undoubtedly, the Croatian coastline and its numerous islands will make you come back for more and explore more again and again.

N Hotel Mykonos Opens this season on 15th May

Greece is open for the summer, stay Amada Colossos Rhodes