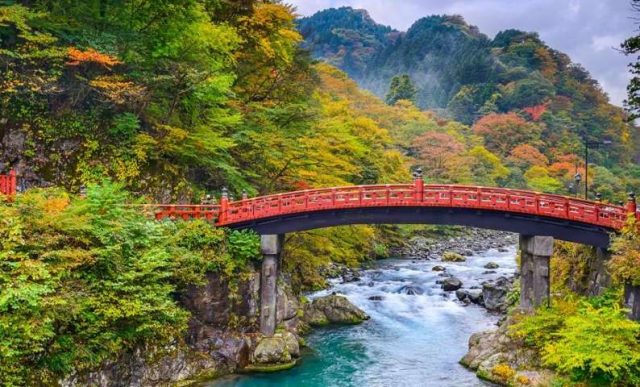 As travelers from around the world flock to hotspots like Tokyo, Kyoto and Osaka ahead of the 2020 Olympics, leading Japanese walking and cultural tour operator Oku Japan is sharing five under-the-radar destinations for 2020 that are rarely enjoyed by non-Japanese travelers. Visiting these lesser-known regions not only gets adventurers—and their carbon footprints—away from centers of overtourism, it also puts tourist dollars to good use in remote, local communities.

Cycle between fishing villages on the Noto Peninsula, where few travelers venture, or visit the sacred and remote peaks of Dewa Sanzan. Take on the unique challenge of the Shikoku 88 pilgrimage trail where only a handful of English signs stand; learn the local way of life on the secluded Oki islands; or kayak the Seto Inland Sea, whose islands have long-since been deemed inaccessible to most non-Japanese travelers.

Seek adventure without the crowds—and make your travel matter—in these five under-the-radar regions:

Shikoku, Japan’s fourth-largest island, is home to the ancient Shikoku 88, a challenging pilgrimage trail named for the 88 Buddhist temples it connects. On the 8-day Shikoku 88 Pilgrimage self-guided tour, walk the most spectacular parts of the Shikoku 88 Temple Pilgrimage trail in Tokushima, Kagawa and Ehime, spending two nights in a Shukubo temple lodging, with authentic Shojin-Ryori Buddhist vegetarian cuisine. Soak in natural thermal waters at historic Dogo Onsen and climb the iconic ladder to the meditation spot used by Kobo Daishi, founder of Shingon Buddhism.

The Noto Peninsula, a tiny piece of land jutting out into the Japan Sea off Ishikawa Prefecture, offers some of the most rugged scenery in the country with sprawling coastlines, unique rock formations and picturesque fishing communities. On Oku’s 7-day Noto Peninsula self-guided cycling tour, bike from village to village, exploring rice paddies, coastal paths and gentle mountain roads. Along the way, visit preserved Samurai districts, learn about the art of making Wajima lacquerware and sample sushi prepared from the day’s fresh catch.

Dewa Sanzan are a group of three sacred mountains in Yamagata Prefecture, holy to the Japanese Shinto religion and the mountain ascetic cult of Shugendo. Known as the inspiration to the renowned Haiku poet Matsuo Basho, Dewa Sanzan are pilgrimage sites within Japan where mountain ascetics known as yamabushi can still be seen with their conch shells, used to call the spirits. On Oku’s 13-day small-group guided walking tour, Mountain Spirits Tohoku, take a bullet train along the Japan Sea coast to visit the sacred peaks of Haguro-san and Gas-san, and Yudono-san and Gyokusenji temple.

The Oki Islands are an archipelago of more than 180 islands in the Sea of Japan, of which 16 are named and only four are inhabited. Volcanic in origin, these islands are known for their rugged landscapes and traditional culture, kept well intact due to mountainous terrain and isolation from the mainland. Explore the charming Oki Islands in the Japan Sea with Oku Japan and discover a unique way of life of these remote maritime communities while indulging in fresh seafood and enjoying hikes along craggy cliffs and quiet country roads.

Paddle your way to purification on the Seto Inland Sea

The Seto Inland Sea, which separates the islands of Honshū, Shikoku and Kyūshū, is made up of stunning mountains and white sand beaches against crystal blue waters. Discover the region’s fusion of serene, scenic landscape and vibrant urban culture on Oku’s 4-day Seto Inland Sea: Hiroshima, Miyajima, Sensuijima experience. Sea kayak around Sensuijima Island and relax in a traditional detox bathing spa. Visit the thousand-year-old port town of Tomonoura and the memorials of Hiroshima, then encounter wild deer on Miyajima island and try a local delicacy: Anago Meshi grilled eel.

© 2016 - 2017 GLOSSY media | All rights reserved
This website uses cookies to improve your experience. We'll assume you're ok with this, but you can opt-out if you wish.Accept Read More
Privacy Policy
Necessary Always Enabled
MORE STORIES
#WHERETONEXT