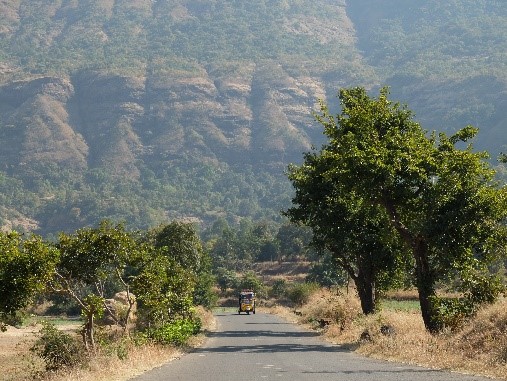 But the country’s size and diversity are also its downfall for those who only have two weeks off work, but want to experience all India has to offer. The Adventurists believe they have the answer…the Rickshaw Run.

Travelling the length of India in, as the name suggests, rickshaws, the Rickshaw Run covers nearly 3000km of India’s west coast, starting in Cochin and finishing in Jaisalmer in January and vice versa in April. There is no set route for entrants, with the only two obligatory rules being to ‘get off the tourist trail’ and ‘experience the real India’. It is hard for participants not to oblige, given driving in rickshaws means sticking to major roads isn’t advisable and breakdowns in random places way off the beaten track are inevitable.

Using rickshaws for the Run isn’t just because they’re fun to drive, although that definitely helps. Travelling such massive distances in a car or on a bus often means the world would passes by in a blur, but do it in a rickshaw and you find yourself immersed in a different world. The traditional vehicles are remarkably well received by the locals and the lack of windows mean you are properly absorbed in every situation you encounter, whether you like it or not.

There are huge parties at the start and the finish line, but apart from that, during the actual journey, you’re on your own, which is all part of The Adventurists ethos…”planning your own route gives you the freedom to go at your own pace and take in the sites that interest you. Want to look for tigers, rhinos and elephants in the nature reserves? Go for it. Want to check out hilltop temples and hidden yoga retreats? Why not? Prefer to do a local homestay and cook with a local family? Good call. The rickshaw is the perfect tool to take you to your definition of adventure.”

There is some pointers and advice given before you set off, to ensure you at least know how to use a rickshaw and do some basic mechanics.

“The first two days of the Run are spent test driving; this enables you to learn to drive the vehicle in the relative safety of the test-driving arena. By the end you will be able to start, turn and stop your rickshaw with relative ease; the more proficient amongst you will even be able to change from one gear to another smoothly and without stalling, almost every time. We also give mechanical demonstrations of what the most likely things are to go wrong and how best to right those wrongs. Once you’ve got the hang of your trusty ride – or decided you will leave all the driving to your team-mate, you can also finish customisation of your vehicle by adding things you really need like sparkly hubcaps”

Adding extra colour to the Run is the fact that all of the 85 rickshaws, which carry up to three people, are ‘pimped up’; with teams given the opportunity to create their own designs back home, before local artists in India bring the rickshaws to life with said designs.

The stories that come back from the Runs are even more colourful, with tales of glorious sunsets over the Ganges, enjoying traditional festivals and spending lazy afternoons teaching local children to play golf, mixed in with more unusual tales of racing around go-cart tracks, over sexed cows and the gentleman bonding with locals over moustaches.

The feel-good factor is boosted further by the fact participating teams have raised over £2,500,000 for charity since the Rickshaw Run’s launch in 2006; truly topping off what, for many, is the adventure of a lifetime.

The Rickshaw Run has three planned editions in 2020, one in January, one in April and another in August. For more details visit www.theadventurists.com/rickshaw-run, where you can also find out about Rickshaw Runs in the Himalayas and Sri Lanka.

In a first, twenty destinations of Tamil Nadu receive their sustainability ranking