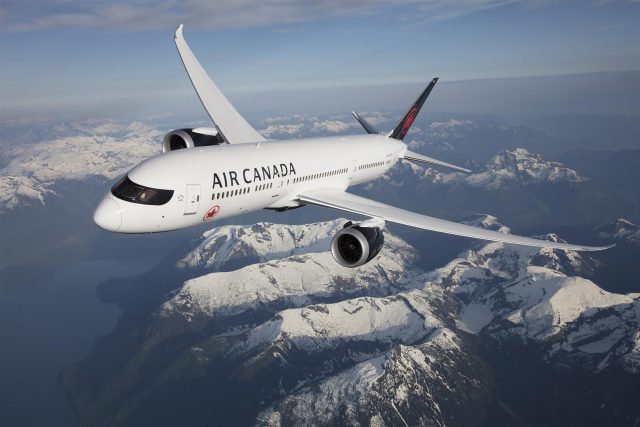 Air Canada has been named the 2018 Eco-Airline of the Year by the respected airline industry publication Air Transport World in its 44th Annual Airline Industry Achievement Awards. In recognizing Air Canada’s environmental accomplishments, ATW cited the carrier’s commitment to emissions reductions through supporting the development of alternative fuels and its numerous green programs and partnerships, including being the first airline in the world to voluntarily join the World Bank’s IMF Carbon Pricing Leadership Coalition.

“Air Canada has made sustainability central to its decision-making and business processes, and this includes acting responsibly with respect to the environment. We are very pleased that ATW has recognized the effectiveness of our environmental programs, including our participation in the development and support of alternative fuels in Canada, and our efforts to contribute to healthier communities. We have made great strides, improving fuel efficiency by 40 per cent since 1990, and this award will further spur us on to the goals we have set for ourselves to continually improve our environmental performance,” said Calin Rovinescu, President and Chief Executive of Air Canada.

ATW presents the Eco-Airline Award to an airline that practices and innovates in exceptional eco-operations. In choosing the 2018 winner, judges looked for an industry-leading commitment to technologies and efforts that increase operational efficiency and reduce emissions and dependency on oil. This includes pioneering solutions to environmental problems, environmental concern and action through community involvement, and best practices at airports.

“The panel of international ATW editors who judged the 2018 Awards were especially impressed with how Air Canada constantly maintains its leadership position as an eco-responsible airline in technological areas such as the development of biofuels, but also goes much further. Air Canada as a company is a committed leader in sustainability, becoming the world’s first airline to voluntarily join the World Bank’s IMF Carbon Pricing Leadership Coalition. And Air Canada thinks out of the box in its drive to be an eco-responsible company, donating old business class duvets to good causes where they can be re-used, and partnering with Diabetes Canada so that uniforms can be recycled. One editor noted it was remarkable how many organizations and companies Air Canada partners with in its sustainable initiatives, spreading its eco-efforts on a global scale far beyond aviation,” said Karen Walker, Editor-in-Chief, Air Transport World.

Air Canada has a four-pillar approach to reduce emissions through technology, operations, infrastructure and economic instruments. Among other things, Air Canada is a partner in biofuel research in cooperation with the Canada Biojet Supply Chain Initiative (CBSCI) and the Civil Aviation Alternate Fuel Contrail and Emissions Research (CAAFCER). It has invested significantly with a $10 billion fleet renewal program that has given it one of the most modern, fuel efficient fleets in the world. It maintains innovative recycling, scholarship and community activity programs, many aimed at involving employees in environmental activities. The airline has also adopted the ambitious collective International Air Transport Association reduction targets for greenhouse gases that include:

How to Get Cheap Flights for Your Journey

The Most Child-Friendly Airlines Revealed