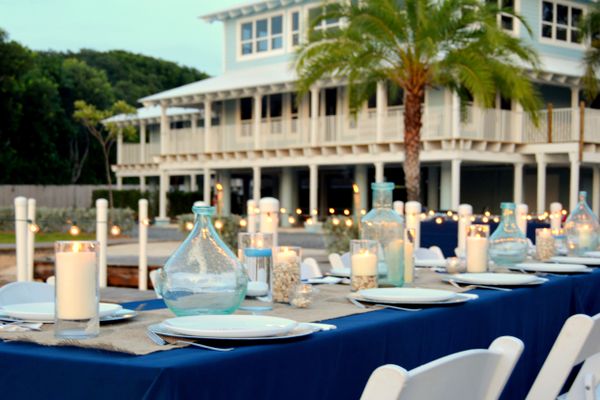 In Key Largo Dolphin Point Villas, at mile marker 102 bayside, has opened for groups such as wedding parties, corporate and yoga retreats of up to 62. Events for up to 100 can be hosted. The new resort, which celebrated its opening in early December, includes six stand-alone villa homes and is adjacent to Dolphins Plus where guests can swim with dolphins. Five villa homes offer one to three bedrooms. A sixth, the Nautilus House estate, sleeps up to 16. It features five bedrooms and five baths, a private pool and a large wrap-around porch. Dolphin Point Villas is located at 101910 Overseas Highway. Visit dolphinpointvillas.com or call 305-451-0315.

Key West-based Up the Keys Eco Tours has launched new “volun-tours,” giving visitors a chance to spend part of a Key West vacation day as Lower Keys volunteers. Its Florida Keys Hurricane Irma Recovery Tours include Big Pine Key voluntourism activities such as clearing residential debris, a beach or mangrove area at the National Key Deer Refuge, or planting and maintaining trees at the Grimal Grove urban farm. Guided tours leave Key West with door-to-door service in air-conditioned, 15-passenger vans. Participants learn about Keys history, culture and ecology, and see endangered Key deer and visit wildlife at the Blue Hole, the Keys’ only freshwater lake. Water and sports drinks, snacks, lunch and cleanup tools with gloves are provided with the tours, priced from $99 per person. Visit upthekeys.com/voluntourism or call 305-587-5575.

The historic 5-acre Pigeon Key has a new gateway in Marathon, with ferry tours to the island departing from the iconic Faro Blanco Lighthouse marina at the Faro Blanco Resort and Yacht Club, a Hyatt Place. “Stepping onto Pigeon Key is like stepping back 100 years in the Keys,” said Kelly McKinnon, Pigeon Key Foundation’s executive director. Pigeon Key was home in the early 1900s to about 400 workers who helped build Henry Flagler’s Florida Keys Over-Sea Railroad. It was also a supply depot, dormitory with commissary and a passenger train stop. Visitors can tour a former section gang quarters, former paint foreman’s dorm and a historical museum, formerly the home of an assistant bridge tender, the latter to reopen by Christmas. Pigeon Key’s visitor center and gift shop is located at 2010 Overseas Highway, mile marker 47.5, just north of the Faro Blanco resort. The hourlong tours run daily at 10 a.m., 12 p.m. and 2 p.m. Visit www.pigeonkey.net or call 305-743-5999.

An exhibit in Key West memorializing iconic playwright Tennessee Williams, who called the island home from the late 1940s until his death in 1983, has expanded to become the Tennessee Williams Museum. It features the largest permanent collection of Williams memorabilia currently on display for the public, according to exhibit founder and curator Dennis Beaver. Williams lived in Key West as an openly gay man with his partner Frank Merlo, and had a pivotal influence on the island’s literary culture. He penned classics including “The Glass Menagerie,” “A Streetcar Named Desire” and “Cat on a Hot Tin Roof.” The new museum evolved from a recent merger between the Tennessee Williams Key West Exhibit and Key West Art & Historical Society. Highlights on display include personal photographs of Williams at home with Merlo and friends, first-edition plays and books, a typewriter used by Williams when he lived in Key West and an artist-crafted model of his island home. Among new elements is a photographic representation of a painting of Merlo by Williams. Located at 513 Truman Ave., the museum is open daily from 9:30 a.m. to 4:30 p.m. Visit kwahs.org or call 305-295-6616.

Sunset Sail Key West offers winter sailing adventures on its legendary tall ship When and If, a 1939 wooden schooner built as Gen. George Patton’s personal John Alden sailboat for navigating the world. The 32-passenger When and If is scheduled to operate daily through April out of Stock Island Marina Village at 7009 Shrimp Road. Offerings include two-hour day sails, two-hour sunset sails and private charters. Included are courtesy hotel shuttles in Key West and Stock Island. Guests can bring adult beverages to enjoy with complimentary ice, bottled water and La Croix. A gourmet cheese platter is offered during the sunset sail. The fleet also includes three year-round Keys vessels. Conch West, a snorkeling ketch for viewing coral and marine life along the United States’ only living barrier reef, and Free Spirit, with family and group overnight sails, both operate out of Stock Island Marina. High Tide, built for cruising the backcountry, departs from a dock behind Key West’s Schooner Wharf Bar at 202 William St. Visit sunsetsailkeywest.com or call 305-587-4488.

Portside Studio & Gallery has opened in Islamorada’s Morada Way Arts and Cultural District across from Redbone Gallery and Florida Keys Brewing Co. The gallery has “unique Linocut art with a tropical vibe and is a hub for fresh art in the heart of the Florida Keys,” said owner Valerie Perreault, a poet and block-print artist.    The working studio showcases a rotating collection of contemporary works from visiting artists. An outdoor yard and stage are to host literary readings, film festivals, musical performances, exhibitions, installations, art lectures and classes including one on linocut printing. Portside Studio & Gallery is located at 151 Morada Way at mile marker 81.5 oceanside. Visit portsidestudioandgallery.com or call 617-756-9919.

The late folk artist Mario Sanchez, whose painted woodcarvings depict the culturally diverse Key West of his 1920s boyhood, has been inducted by Smithsonian American Art Museum with a piece placed in the museum’s permanent collection. Sanchez is the first artist from the island city to receive that honor. Sanchez, a self-taught artist, died in Key West at age 96 in 2005. “Mario Sanchez, a second-generation immigrant, was an American dreamer. His philosophy ‘One Race, the Human Race’ came from birthplace Key West and the American Revolution, the revolt in Cuba and Spain, and tyranny of all kinds,” said Nance Frank, director of Key West’s Gallery on Greene that represents the artist’s work. Frank facilitated the SAAM donation of a work depicting Sanchez’s father reading to cigar makers at Key West’s Gato Cigar Factory. In the 1890s, the factory employed 500 Bahamian, American, Cuban, Chinese, Jewish and Italian men and women workers who selected tobacco, cut and rolled or fabricated cigars. As they worked, they listened to readings delivered by a factory reader, or lector, to break the monotony of the work. Gallery On Greene is located at 606 Greene St. Visit galleryongreene.com/mario-sanchez-1/ or call 305-294-1669.

Key West International Airport is undergoing a $10 million, five-month reconstruction project on its single 15-year-old runway. The airport is to remain open during the day to accommodate scheduled commercial airlines — American, Delta, Silver and United — and general aviation. “With only one runway at Key West, this is a very challenging but needed project,” said Don DeGraw, director of airports. “The timely completion of the project is critical to the airport being able to provide the community and visitors with continued reliable air carrier service.” The existing 4,801-foot-long runway is to be resurfaced with new pavement. An additional 270 feet is to be available for aircraft taking off to the east. The runway’s shoulders are to be widened to 20 feet from 10 feet on both sides. Lighting is to be upgraded to light-emitting diode standards for energy conservation. Improved drainage is to be added in grass safety areas abutting the runway. The project is funded by the Federal Aviation Administration, state aviation grants and passenger facilities charges. KWIA is located at 3491 S. Roosevelt Blvd. Visit eyw.com or call 305-809-5200.