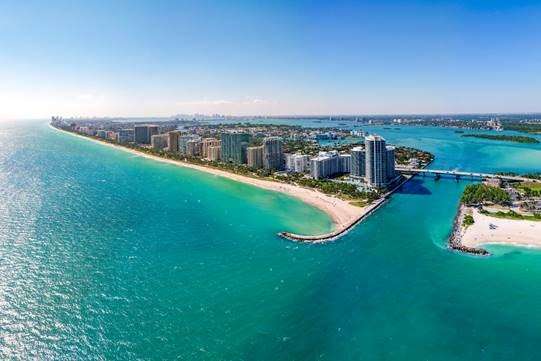 Following the success of the culinary event’s inaugural edition last year, Bal Harbour Village today announces the second annual Haute Cuisine, a gastronomic experience that introduces guests to the mouth-watering talents of some of the world’s most celebrated chefs. This year’s edition will welcome six visiting chefs who between them have been awarded nine Michelin stars, along with three chef ambassadors from Bal Harbour’s thriving culinary scene making their festival debut. With nearly 300 guests having participated in intimate cooking classes and theme-based dinners during last year’s event, Haute Cuisine Bal Harbour 2020 will span five days from May 5-9th.

Through these unparalleled experiences, epicureans will have the opportunity to learn from and indulge in the talents of nine prestigious chefs from around the world. In addition to the talented roster of chefs who participated in the gastronomic event’s 2019 edition, three of Bal Harbour’s own renowned chefs will make their festival debut – Makoto Okuwa, recognized as one of Miami’s famed sushi masters at the helm of Bal Harbour Shops’ Makoto; Executive Chef Conrado Tromp who oversees all culinary operations at The St. Regis Bal Harbour Resort; and Executive Chef Anthony Le Pape who supervises all food and beverage concepts at The Ritz-Carlton Bal Harbour.

By further elevating its culinary offerings with the second edition of Haute Cuisine, Bal Harbour Village has continued its transformation into an unparalleled gastronomic destination. Within a one-mile radius, residents and visitors have access to more than 10 dining concepts boasting more than five types of cuisine.

“As we continue to evolve, we are honored to be given the opportunity to once again host such a prestigious event for locals and visitors,” said Gabriel Groisman, Mayor of Bal Harbour Village. “We’ve established ourselves as an elevated cultural epicenter for fashion and art, and collaborating with renowned industry leaders and Michelin-starred chefs will allow us to further strengthen our influence in the culinary world.”

Get Off The Beaten Track in Sri...

© 2016 - 2017 GLOSSY media | All rights reserved
This website uses cookies to improve your experience. We'll assume you're ok with this, but you can opt-out if you wish.Accept Read More
Privacy Policy
Necessary Always Enabled
MORE STORIES
Mexico