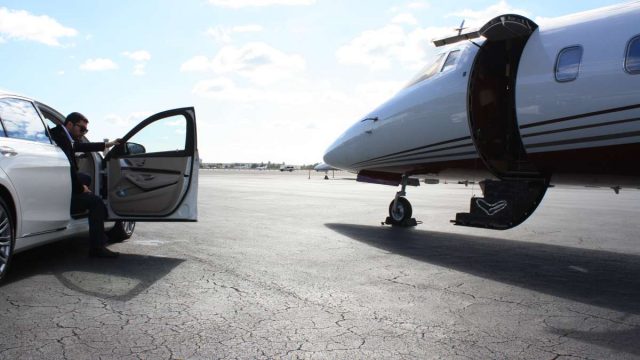 The pandemic outbreak has been a major blow to the global travel industry. Private aviation, although less affected than commercial flight, has been forced to diversify its services to maintain the number of operations. Furthermore, a shift in consumer behavior has been registered by charter jet companies, with passengers opting to fly private thanks to a higher perceived safety and overall reliability.

What will happen with private jet travel post COVID-19? Business and pleasure flights are projected to regain shape during the third quarter of 2020, and the flexibility of this segment will allow to depart and land in almost any runway in the world. Monarch Air Group projects that the same top private jet destinations prior to the pandemic outbreak will reclaim the lead in terms of activity and number of operations, thanks to their strategic locations and infrastructure.

Teterboro Airport is arguably the most common private jet hub in the United States and a top 5 option worldwide. It sits just 12 miles away from downtown Manhattan, a highly coveted destination for business and pleasure travelers alike. One of the main reasons why this terminal ranks first is almost 99% of its operations are private jet based, resulting in less crowds and traffic on the runway.

Is Vegas still on your bucket list? Flying post Covid-19 might be a great idea if crowds are not your thing. Usual private jet bookings to Las Vegas are for two or three days. Whether for business or pleasure, the entertainment capital of the world brings a special vibe. Henderson Executive Airport is conveniently located only 13 miles from the city, registering more than 70,000 private aviation operations on a yearly basis.

Van Nuys Airport serves the main city in the U.S. west coast. The Los Angeles area, famous for Hollywood, a strong sports industry and important business and tech hubs, has a huge demand for executive aviation. The terminal sits 20 miles from downtown L.A. and registers a whopping 200.000 movements a year. Although those numbers are prepandemic, charter jet companies are convinced that this destination will regain its demand much sooner than later.

London by definition is one of the top 5 destinations in Europe. When you give private jet passengers the possibility to land at a gold standard private terminal as Luton, chances are that ranking is even higher for the executive traveler. Number one in England, Luton is located 35 miles from the city center and it’s the main hub used from private jet flights from the United States.

Europe’s most private jet hub, Le Bourget registers more than 50,000 operations a year. It’s a very safe bet to estimate that those numbers will recover, mainly thanks to Paris. The city of lights is one the world’s main destinations and private jet travelers are always seeking to avoid landing at crowded Charles de Gaulle airport. Le Bourget is also home of the International Paris Air Show, set for June 2021.

Although these are only projections, more local travel is expected overall during the initial months post-pandemic, considering commercial and private aviation as a whole. Once travelers perceive it is safe once again to travel regularly, routes will get longer and bookings more regular. Private aviation is better positioned because it allows the passenger to control almost every step of the travel process, granting clients piece of mind and reducing uncertainty.

oneworld, SkyTeam and Star Alliance Come Together to Let Travellers Know They Can Fly With Confidence

Most picturesque Greek cities to visit

Most picturesque Greek cities to visit