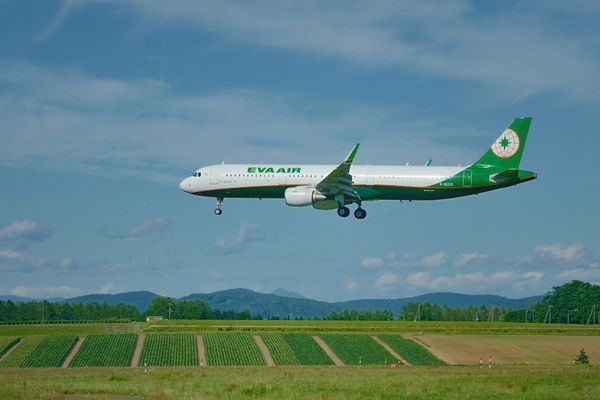 The new routes will provide both business and leisure travellers with increased flexibility when planning  itineraries. EVA Air plans to serve the new Da Nang route with an Airbus A321-200 configured with 184 seats, eight in Business Class and 176 in Economy.  Flight time from Taipei to Da Nang is 2:55 and the return is 2:45. EVA Air has conveniently scheduled its flights to/from Da Nang:

*NOTE: Schedules may be changed seasonally.

As one of the country’s largest cities, Da Nang is a thriving economic hub located in the centre of Vietnam on the coast of the South China Sea at the mouth of the Han River. The city’s airport is the country’s third busiest. With its busy port, bustling business community and steady growth, it’s an attractive destination for business travellers. At the same time, with attractions such as its beautiful beaches, excellent food, hotels for every budget, landmark Lady Buddha, remarkable Dragon Bridge and proximity to the imperial city of Hue, charming Hoi An with its UNESCO World Heritage Site Old Town, the cluster of abandoned and ruined Hindu temples at My Son and more, Da Nang is an especially desirable gateway for leisure travellers.

EVA Air is a Star Alliance member and one of only 10 SKYTRAX-rated 5-Star airlines worldwide. Readers voted it one of Travel + Leisure’s World’s Best “Top 10 International Airlines” and TripAdvisor awarded it top spots in five categories in its annual Travelers’ Choice Awards for Airlines. The carrier was established in 1989 as Taiwan’s first privately owned international airline. It is part of the respected Evergreen Group and a sister company to global container-shipping leader Evergreen Line. It flies a fleet of more than 80 Boeing and Airbus aircraft to over 60 international destinations throughout Asia, Oceania, Europe and North America where gateways are Chicago, Houston, Los Angeles, New York, San Francisco, Seattle, Toronto and Vancouver.

Travellers can learn more about EVA Air and schedule, book and buy tickets at www.evaair.com.