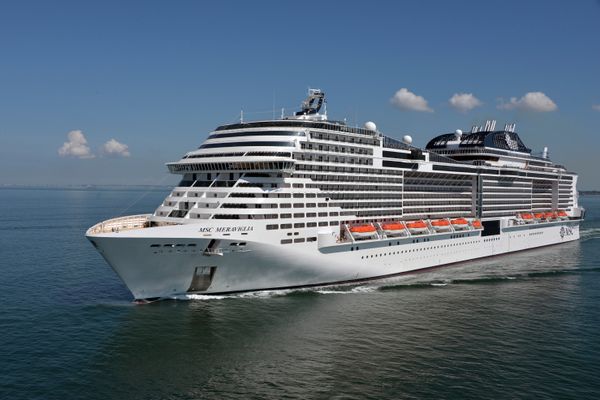 MSC Meraviglia — MSC Cruises’ first Meraviglia Class ship launched in June 2017 — hits North American soil for the first time this October, with her debut sailings from the region embarking from Manhattan to explore the best of eastern Canada and New England. Not only will MSC Cruises guests be able to discover two brand new, select itineraries, but also welcome the stunning ship to North America before she makes her way to her new homeport in Miami.

MSC Meraviglia’s two itineraries from Manhattan to New England and Canada will embark on October 8 and 18.

Guests sailing on board both the October 8th and 18th sailings will visit several highlights of eastern Canada through Nova Scotia, Quebec, Newfoundland and Prince Edward Island. Cruisers will take in the natural beauty of these Canadian hotspots right as the leaves turn to their magnificent fall colors. Destinations and shore excursion opportunities include:

Sydney, Nova Scotia: As the gateway to Cape Breton Island, the area is known for the beautiful natural scenery as well as its rich Gaelic culture. Cruisers can explore the area through the eyes of Alexander Graham Bell, the inventor of the telephone, by visiting the Alexander Graham Bell National Historic Site, a museum telling the story of his life and accomplishments. Or, guests can sail across the Great Bras d’Or, the world’s deepest channel, learn about the area’s strong Scottish culture and spot local wildlife.

Corner Brook, Newfoundland: The city is surrounded by some of the most beautiful wilderness in the world, along with spectacular ocean and mountain views. Visitors can walk along the Corner Brook stream through rolling boreal landscapes and follow in the footsteps of 18th century Captain James Cook. For an appetizing experience, savor local flavors of locally caught, fresh fish while learning about the native cultures that shaped Newfoundland.

Charlottetown, Prince Edward Island: As the capital of Prince Edward Island, Charlottetown is a city with a vibrant history, including a magical connection to the literary classic, Anne of Green Gables. Visitors can opt for a drive along the southern shore and admire the rolling landscape, enjoy a mouthwatering lobster lunch, or take in the history on a horse-drawn trolley.

Québec City, Quebec: As a UNESCO World Heritage site, Québec City draws visitors worldwide to its innate charm. In Old Québec, guests will discover a world seemingly taken from a European painting. The streets lined 17th- and 18th-century buildings are riddled with bakers, bistros and boutiques, with breaks of cobbled squares filled with cafe tables. Cruisers can also journey to the countryside for quintessential tea with scenic views and a stop by the majestic Montmorency Falls for a photo. Those looking for adventure can even take an 8-mile bike ride to the falls, passing the Québec Yacht Harbor, crossing the Saint Charles River, and more.

St. John, New Brunswick: There is plenty to explore in one of Canada’s oldest incorporated cities, including a unique phenomenon called the Reversing Falls, a set of rapids where the water of the Saint John River flows backwards when the adjacent Bay of Fundy is at high tide. Guests can also stroll through the Old City Market, Canada’s oldest farmer’s market and the ultimate foodie haven, or learn the art of landscape photography along the shore of the Bay of Fundy.

MSC Meraviglia’s itineraries from Manhattan will also stop in several New England hotspots along the east coast of the U.S. Cruisers will enjoy the charm and vibrant city centers of these coastal towns, while dining on New England favorites.

Bar Harbor, Maine: As the gateway to Acadia National Park, one of America’s most visited national parks, Bar Harbor is a charming seashore town with a mountainous landscape, lined with sea-facing cliffs and crashing ocean waves.  Cruisers can delight in one of the area’s delicacies, Maine lobster, for a special tasting, or take in the Victorian-style cottages in the quaint town. With several tours of Acadia National Park, guests have plenty of opportunity to see the local wildlife and incredible natural landscape.

Portland, Maine: With fishing wharves and converted warehouses full of restaurants and shops, the charming waterfront town is one of New England’s bucket list destinations. Cruise guests will have plenty to do, including a guided tour of the area with a boat trip and lunch, a dedicated foodie walking tour to experience the area’s down-home cooking, a drive through the area’s most famous lighthouses, and more. Guests can even board a lobster boat and sail off to Casco Bay to learn about the famous Maine lobster.

Boston, Massachusetts: The buzzing city and capital of Massachusetts is one of the oldest cities in the U.S. Guests can learn about the area’s history and role in the founding of the U.S. by land or sea. Cruise guest can embark on a harbor cruise, sailing past key landmarks. Drive through Boston’s cityscape, with highlights like Copley Square and the Old South Meeting House, where the Boston Tea Party began. Those looking to venture out of the city can opt for a tour of Cape Cod, where the Atlantic Ocean meets a shoreline dotted with cottages, sailboats and quaint fishing villages.