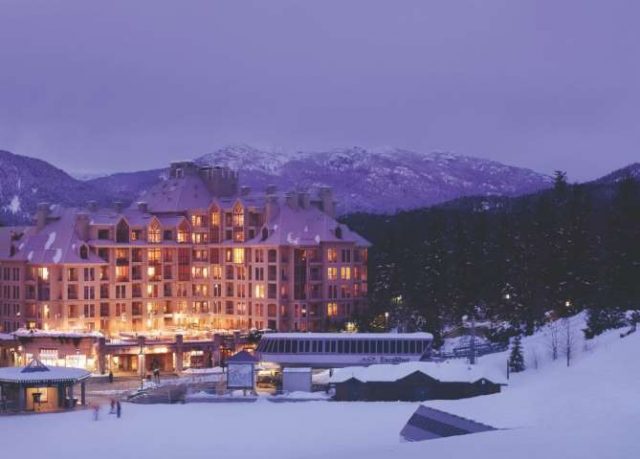 For the seventh year in a row, Pan Pacific Whistler Mountainside has been recognized as the best ski hotel in Canada by consumers and leading industry professionals. Held on November 23rd, in Kitzbühel, Austria, the World Ski Awards – regarded as “the Oscars of the travel industry” – honoured the all-suite, lodge-style hotel for its impeccable and personalized service, outstanding amenities, and unrivalled location steps from gondolas to both Whistler and Blackcomb mountains.

The World Ski Awards were created to elevate standards within the ski industry, recognizing, rewarding, and celebrating excellence in ski tourism across the globe. Awards span across the world’s top 25 ski tourism nations, with categories that include ‘Best Ski Resort’, ‘Best Ski Hotel’, ‘Best Ski Boutique Hotel’, and ‘Best Ski Chalet’. Each year, hundreds of thousands of tourism professionals, skiers, and media cast their votes for their favourite ski tourism destinations and brands; and this year, winners were celebrated at the three-day awards gala that took place between November 22nd and 24th.

“Our team is so humbled and beyond thrilled to once again be named the best ski hotel in Canada”, said Julie Lanteigne, general manager of Pan Pacific Whistler hotels. “It’s so gratifying to have been nominated among such an elite group of properties across the world and to know that this prestigious title is a result of votes from our visitors and industry peers alike. An award such as this continues to motivate us to elevate the experience of each guest as they discover why Whistler is regarded as the world-class ski destination that it is.”

The property’s sister resort – Pan Pacific Whistler Village Centre – located in the heart of Whistler Village, received a nomination for best ski boutique hotel. The property also has a selection of suites with a private residence feel, complimentary daily breakfast buffet for all guests, and easy access to all adventures Whistler offers. For more information, click here.

Reopening of RV Parks, Lodges and Dining in National Parks