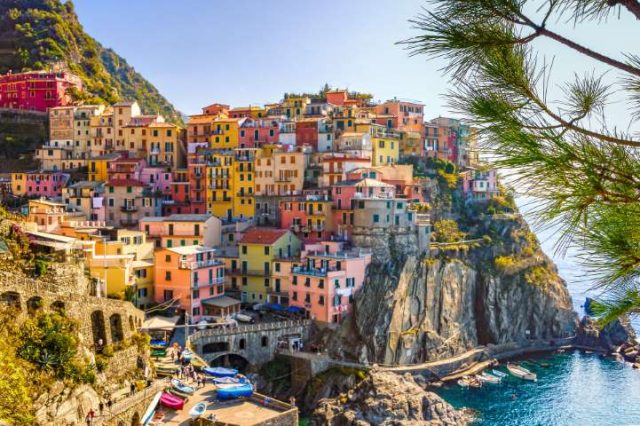 We don’t know if you’ve looked at the calendar lately, but February is here. And we are not saying this just to once again reach the same insightful and original conclusion: “The time flies really fast.” in this month, especially since it is a short month with mixed feelings. For some, the cold weather can be tiring, while for others the winter sports are enjoyed to the fullest.

February is the month of romance and also we bid goodbye to the January blues. In addition, you might start thinking about a weekend, a week or a couple of weeks away. So why not brighten the mood with a refreshing escape, after all, it’s still summer in some places. Not to forget the festivities that happen from Venice to New Orleans.

You will have to wonder why not have a trip to Brugge because every street in this city seems to have its own faucet with romantic tips of the Gothic that flows through the buildings. Fortunately, Brugge has the ideal surface to reach by step all major corners.

For a magnificent view from above the city, laden with medieval-era red roofs, venture to climb the 366 stairs of the Medieval Tower in the historical centre of the city (Bruges Belfry). Not only is the entrance fee, but neither should the stairs be climbed in a hurry – they are sprinkled with places to stop and catch your breath.

Few corners of the world can be more exciting than Cinque Terre. Here these five villages are no longer unknown, however, there is still an authenticity feeling, because of the preserved architecture, a few roads and a stunning network of coastal and mountain trails. The name derives from the 5 old settlements which are raised on the west coast of Italy and which have not escaped the protective arm of UNESCO Heritage. Riomaggiore, Manarola, Corniglia, Vernazza and Monterosso are accessible by train, bus or boat.

The whole area is an extremely well-preserved natural park that has also preserved Via dell’Amore, the pedestrian street that unites the 5 villages. We do not know what is the most cherished idea that beats a 25-minute walk made on a street that bears the name of “The Road to Love”. The path was constructed in the 1920s until 1930s, and in 1990s some parts of the road were closed. However, a lot of people enjoy walking on this trail because they can admire a beautiful panorama here. It is said that this road is so beautiful that you even forget to stop walking on it. Unknown to many, the road is actually part of a more longer route, the Blue Path, which runs through the whole territory of Cinque Terre. This path is frequented by hikers and tourists.

Probably the most useful advice we can give you is to make no plans when you leave the house to see Paris at a pace but to start blindly in its discovery without any expectation ready to pop up at the scene. At least on the first day.

As soon as the dawn of the second day begins, wake up by telling yourself that you simply cannot get started without a boat ride on the Seine. The good news is that you don’t have to sell your soul to admire the playful rays of the sun in the reflections of the river, to go under all the bridges that still serve as messengers of history.

Take the subway and head to the Montmartre neighbourhood in the northernmost part of the city. Not only will you have to visit the Sacre Coeur Basilica, but it will also be free to post, with curiosity and love, in front of Les Murs de Je t’aime (The Wall of I Love You) and find out how people declare their love in 250 languages. Who knows, maybe this helps you discover your next destination.

Maybe you generally like nice and like simple things, maybe you like to change into an elegant suit with buttons and dress in high heels and you prefer to celebrate in a classy style. Very well. At the National Theater in Prague, you have the place, pretentiously pursuing a little art: opera, theatre, ballet…which best suits your shoes. After you wake up from sleep and culture, you will probably want to continue the extravagance and drink coffee along with a snack in an equally great style. What would you say to float in a boat on the city channel? Or have a refreshing drink in your left hand and an entrance to the Charles Bridge Museum in your pocket?

Another place you should visit is one of the elegant casinos that Prague offers you, Rebuy Stars Casino Savarin. It is the oldest casino in Central Europe, just since 1905. The Casino at Savarin Palace has become so significant that it has regularly hosted the actors of the nearby Estates Theater or a prominent figure in Prague’s social life of the first half of the twentieth century. It is a big change from how it was back then when the casino was established.

However, the charm of history and architecture of this casino shouldn’t be missed, and the atmosphere of offline gameplay is still wonderful because nowadays, an online casino is much more preferred than an offline one. For starters, it is because of the big advantage of playing from wherever you are and whenever you want. Laptop, tablet, mobile phone, it doesn’t matter as long as you have an internet connection.

And because nothing brings more adventure than an old European city, don’t leave Prague without some pictures taken in Petrin Park. For an extra dose of wonder, come here on 1 May, where you will notice that people bring flowers to the statue of the romantic poet, Karel Hynek Macha. In addition, the park is known for its blossoming fruit trees and the road being strolled by couples.

Do not look to your next destination just because you do not know much about Ljubljana, you do not know people who have visited it and, in general, you are suspicious of a destination that is not yet on the top of popularity. Yet! First, you should learn that in the local language, Ljubljana means beloved, and that is already reason enough to include it in this discussion.

You don’t need too many words when you walk around the streets dressed in colourful buildings of this fairytale town. If you still manage to set your alarm clock in the early hours of the morning and take a walk on the still and empty alleyways, the next step might be to connect to the internet and look for jobs here.

The architecture is a kind of harmonious combination of the anti-Roman period, with the baroque style of the 16th century and with the expressionist style of the Viennese succession from the beginning of the 20th century. Include in one of the days a visit to the castle located on the hill in the middle of the city (which is reached by the cable car), watch the sunset and enjoy dinner at the castle’s restaurant.

5 Romantic Destinations to escape to this Valentine’s Day

Get Off The Beaten Track in Sri...

© 2016 - 2017 GLOSSY media | All rights reserved
This website uses cookies to improve your experience. We'll assume you're ok with this, but you can opt-out if you wish.Accept Read More
Privacy Policy
Necessary Always Enabled
MORE STORIES
Mexico