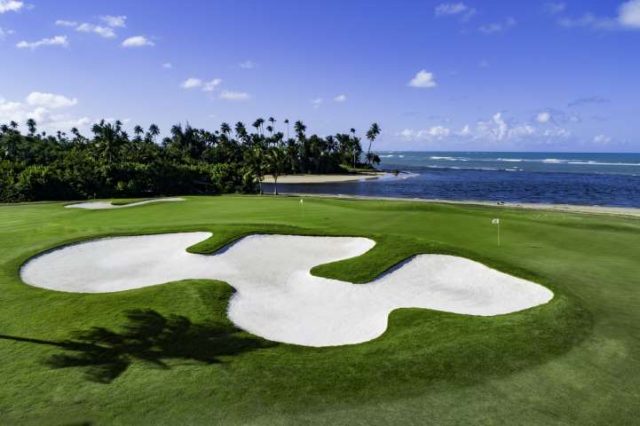 The year is just beginning, and Puerto Rico is already enjoying one of its biggest golf years ever, after being named to host top events, continuing to be home to the PGA TOUR’s Puerto Rico Open, and having players making international headlines through their play.

Last week the Island’s Grand Reserve Golf Club was named as the 2023 Latin America Amateur Championship host venue (January 12-15). This will be the first time the top-tier tournament will be held in Puerto Rico.

The tournament is so important because it’s the pinnacle tournament in Latin America and the LAAC champion receives an invitation to compete in two of the game’s biggest events – the 2023 Masters Tournament at Augusta National Golf Club and the 151st Open at Royal Liverpool in England.

Puerto Rico’s Roberto Nieves led the field after two of the four rounds in the 2022 LAAC at Casa de Campo, Dominican Republic, that concluded earlier this week. He finished in fifth place, one stroke from joining a three-way tie for second, and two strokes behind the winner. Given the elite company, the first-class performance bodes well for Nieves’ golf future.

Add that the PGA TOUR’s Puerto Rico Open (Feb. 28-March 6, 2022) will be held at Grand Reserve’s Championship Course, that the Island hosts NCAA Division I tournaments annually, and that Island native Rafa Campos almost won the 2021 Puerto Rico Open, and the global golf spotlight is increasingly shining on Puerto Rico.

The Island is not just for top-level amateur players and professional tour members. With 18 courses, world-class beaches, dozens of resorts, thousands of restaurants, and the Caribbean’s most traveler friendly destination, Puerto Rico is ideal for all travelers. Golfers playing in Puerto Rico have the added benefit of doing so in a natural paradise on courses that inherently promote safe recreation and social distancing amid the pandemic, and the Island has one of the highest vaccination rates in the United States.

“Last year was an all-time record year for Puerto Rico tourism,” said Brad Dean, CEO, Discover Puerto Rico. “Golfers were an important and welcomed group of visitors contributing to the whole, and these latest high-profile events announced for the Island will continue to fuel our golf momentum.”

Learn more about visiting Puerto Rico and playing golf at DiscoverPuertoRico.com, including:

The Best Public Golf Experiences in the MidWest