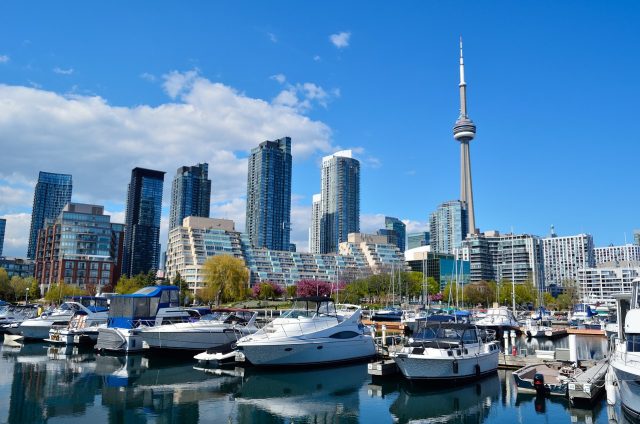 Tourism in Toronto had a record-breaking year in 2017, with 43.7 million visitors welcomed to the region. For the first time, overnight visits in Toronto, Canada’s Downtown, surpassed the 15 million mark (15.5 million), joined by 28.2 million same-day travellers. Visitors to Toronto spent $8.8 billion – the most economic activity ever generated by the region’s tourism industry and represents $700 million more in hotel rooms booked, attractions seen and restaurants experienced than in 2016.

Another milestone was set in 2017, with international visits surpassing 5 million for the first time. Visits from the U.S. grew for its seventh consecutive year with nearly 3 million American overnight visitors, spending $1.8 billion. An additional 2.1 million overnight visitors arrived from overseas markets led by China (319,000) and the U.K. (263,000). Overseas spending accounted for more than $2 billion for the first time, increasing the 2016 spend by $231 million.

“More and more, world travellers are seeing Toronto as an exciting urban destination, and we’re seeing that with both a record number of visitors and visitor spending,” said Johanne Bélanger, President and CEO of Tourism Toronto. “The campaign we launched last year is tapping into that sense of excitement and confidence. Videos from that campaign – ‘The Views are Different Here‘ – have now been seen nearly 43 million times.”

Last year also saw major events come to the region with multi-sport events like the Invictus Games and the North American Indigenous Games – building off of the success and infrastructure from the Pan Am & Parapan Am Games in 2015. As Canada’s hub for innovation, technology, finance and business, Toronto also saw businesses and organizations bring their conferences and events like ASAE and SIBOS to Canada’s Downtown.

Last year, the region hosted 951 meetings and events that brought 400,000 delegates and generated spending of $634 million. At the same time, Tourism Toronto and its partners booked 934 new meetings and events for future years that included securing Amway China in 2020 and their 10,000 top salespeople, the largest travel delegation from China to ever visit Canada.

“Now that 2018 is here, we can look forward to the 24 city-wide conferences and events taking place throughout the Toronto region, the most Toronto has hosted in a single year,” said Ms. Bélanger. “Future growth indicators for the visitor economy remain strong, and that benefits Canada, Ontario, the greater Toronto region and the 329,000 people that work in tourism-related industries.”

Reopening of RV Parks, Lodges and Dining in National Parks