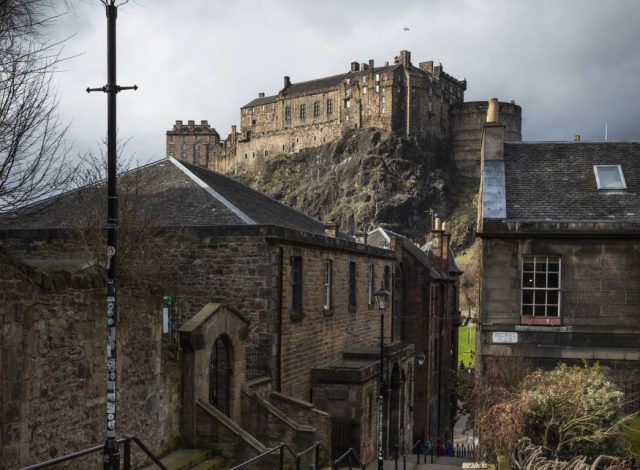 Scotland’s UNESCO Trail brings the country’s 13 place-based UNESCO designations, including World Heritage Sites, Biospheres, Global Geoparks and Creative Cities together to form a dedicated digital trail. It aims to take visitors on a cultural journey across the country experiencing everything from history to science, music, design and literature to nature and cityscapes.

Designed specifically to support ambitions to make Scotland a world-leading responsible tourism destination, Scotland’s UNESCO Trail encourages visitors to stay longer, visit all year round, make sustainable travel choices, explore more widely and at the right time of the year, and in turn, contribute to the sustainable quality of life of those communities surrounding the designated sites.

The digital trail – which is available on visitscotland.com/unesco-trail – showcases the breadth of culturally astounding UNESCO designations on offer across Scotland, providing information and inspiration to visitors across the world. It also celebrates businesses and communities that are committed to responsible tourism business practices and promotes sustainable travel options.

Journeys to explore along Scotland’s UNESCO Trail include:

Storytelling is interwoven into every corner of Scotland’s Capital and there are always new tales to discover. Literary lovers can climb the 60-metre tall monument to Sir Walter Scott, before heading to the Scottish Storytelling Centre for an event (and a coffee stop), before checking out one of the various independent bookshops including Edinburgh Bookshop in Bruntsfield or the Golden Hare Books in Stockbridge. The city is also home to the largest literature festival in the world in August, as well as having the highest concentration of public libraries in Scotland, including the National Library of Scotland.

With its juxtaposition of Old and New Towns, Edinburgh is an architecture-lover’s dream.  After being deemed unfit for purpose in the 18th century, with its overcrowded and dirty streets, city planners envisioned a better standard of living which would embody the progressive ideals of the Enlightenment. This led to the creation of the Georgian New Town. From the skyline of the medieval Old Town with its medieval tenements and closes to the neat and ordered grid of the neoclassical New Town, a new discovery awaits behind every corner of the city. Visitors can learn about the darker side of the Old Town’s past with a walking tour run by locally-run companies including Mercat Tours.   Topping this experience off with a trip across the Firth of Forth by car or boat to witness the Forth Bridge (or even by rail to travel across the bridge itself), a true feat of engineering that has inspired writers from JM Barrie to Iain Banks.

Famed for its vibrant music venues, world-class orchestras, and night life, it isn’t difficult to see why Glasgow is a UNESCO City of Music. Glasgow is a vibrant city of culture and the birthplace of legendary music acts including Simple Minds, Deacon Blue and Franz Ferdinand. With over 100 music events taking place each week, visitors can enjoy a gig at the famous Barrowlands, dance with a stranger at a local ceilidh, browse the many record stores for a classic album or enjoy a tour of the city’s music scene with Glasgow Music City Tours.

Full of natural beauty and stunning landscape, the Galloway & Southern Ayrshire UNESCO Biosphere covers 5,268 square kilometres of south-west Scotland.  Those looking for an adventure can trek one of the Biosphere routes – including Glentrool set in the heart of the Galloway Forest – or meet with one of the Biosphere Guides to watch wildlife, learn about local history or try a new skill or activity. Alternatively, head to Kirkcudbright for its historic streets and galleries; or cycle through the natural environment to enjoy the best food and drink, including that of Castle Douglas, a designated Food Town with lots of local produce.

In 2014, Dundee was named as the UK’s first (and still the UK’s only) UNESCO City of Design. The city has made an extraordinary contribution to industries including comics, journalism, pharmaceuticals, computer games and design.  Visitors can now explore V&A Dundee, Scotland’s first design museum. After that, take a look around the McManus Art Gallery & Museum or follow in the footsteps of Captain Scott and his crew on the RRS Discovery at Discovery Point.  Finally, no trip to Dundee – known as Scotland’s sunniest city – would be complete without a jaunt to nearby Broughty Ferry for the delicious food and drink, including Forgan’s restaurant.

Located just a short distance from Glasgow, the region of Lanarkshire is home to not one but two UNESCO sites: Frontiers of the Roman Empire: Antonine Wall UNESCO World Heritage Site, as well as New Lanark UNESCO World Heritage Site. Its central location makes it a perfect region for walks, cycling and family days. Constructed 20 years after Hadrian’s Wall in about AD 142, the Antonine Wall was the biggest building project the people of Scotland have ever seen as it stretches right across the country from the Clyde to the Forth. Sections of this monument are still visible today for exploring. Visitors can also check out the local Chatelherault Country Park, a five-star visitor attraction that has been described as a ‘Jewel in the Landscape’.

An incredibly memorable visitor experience, the New Lanark UNESCO World Heritage Site is an exceptional example of a purpose-built 18th century mill village, set in a picturesque Scottish landscape near the Falls of Clyde. The village was founded in 1785, and the cotton mills, powered by water-wheels, were operational from 1786 to 1968. At the turn of the 19th century the mill buildings formed one of the largest industrial groups in the world. Visitors can spend a whole day at site: checking out the visitor centre, taking a walk around the village to see the historic buildings, having lunch, indulging in a spa treatment or enjoying a woodland walk to see Dundaff Linn and the stunning Corra Linn in the Falls of Clyde Wildlife Reserve. The site also has a hotel and self-catering cottages for anyone looking to extend their stay.

Meanwhile, in the far North, the archipelagos of Orkney and Shetland are giving visitors the chance to travel back in time by exploring their unique archaeological treasures. The Heart of Neolithic Orkney UNESCO World Heritage Site brings together four key sites near Stromness on the Orkney Mainland: The Stones of Stenness, The Ring of Brodgar, the chambered tomb of Maeshowe and the pre-historic domestic settlement of Skara Brae. JP Orkney offers guided tours around all of these sites in fully electric vehicles and can also take guests out on nature walks.

Shetland boasts some of the of the best-preserved archaeology in Europe. When exploring the Shetland UNESCO Global Geopark, visitors can walk on an ancient ocean floor, explore an extinct volcano and stroll across shifting sands – all in the space of a day. Another must-see on a trip to Shetland is Sumburgh Head with its lighthouse and visitor centre as well as a nature reserve which is home to one of the UK’s busiest seabird colonies.