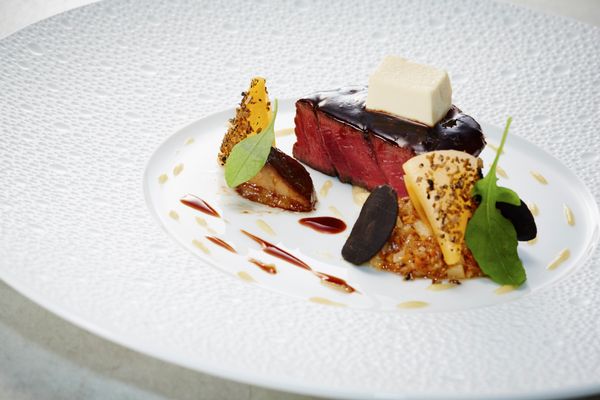 “We are extremely honoured that the Michelin Guide has once again recognized the outstanding work of our chefs,” said Victor Clevall, Vice President, Luxury, Asia Pacific Excluding Greater China. “I would like to congratulate Shintaro Miyazaki at Azure 45, Christophe Gibert at La Baie and Kenji Fujimoto at Tempura Mizuki along with their respective teams for their well-earned, highly coveted Michelin stars. Their talent, hard work and dedication has placed them at the pinnacle of their extremely demanding art. These awards are also made possible by the outstanding professional skills of all the Ladies and Gentlemen of The Ritz-Carlton who create the exceptional experiences for our guests each day. It is fitting that their achievements have now been recognised by this most important of gastronomic guides.”

Chef Shintaro Miyazaki’s confident, creative touch and balanced flavours earned Azure 45, the signature French restaurant at The Ritz-Carlton Tokyo, its first Michelin star in 2016, and this is the third consecutive year that the restaurant has been awarded a star. Chef Miyazaki creates modern masterpieces against a background of tradition and experience, such as his salmon mi-cuit suffused with the ephemeral fragrance of white sesame seeds and accented by an exquisite wasabi sauce.

La Baie, at The Ritz-Carlton Osaka, has earned its Michelin star for its inspired takes on classic French cuisine. La Baie’s Kegani crab effilochée with marinated turnip, jasmine rice cream and sea urchin showcase Chef Christophe Gibert’s experience and assured touch in marrying the time-honoured traditions of Escoffier and Bocuse with rare and exquisite Japanese ingredients. Complementing the menu is an exceptional, award-winning wine list that is not to be missed.

This is the first Michelin star for Tempura Mizuki, helmed by Kenji Fujimoto, who began his career at Hanagatami, the signature Japanese restaurant at The Ritz-Carlton Osaka in 1997. When The Ritz-Carlton, Kyoto opened in 2014, he was appointed head chef at Tempura Mizuki, which specialises in tempura dishes of inimitable quality and delicacy.

Chef Fujimoto elevates traditional Japanese tempura to a high art form. Exquisite seasonal ingredients are quickly and expertly deep fried in perfectly hot, first-pressed benibanayu or safflower oil. The chefs at Tempura Mizuki cook in front of diners at the counter; the visual beauty, exquisite scents and outstanding flavours becoming a treat for all five senses. The must-try signature creations at Tempura Mizuki are its Omi beef filet with Japanese basil, and the feather-light egg yolk tempura.