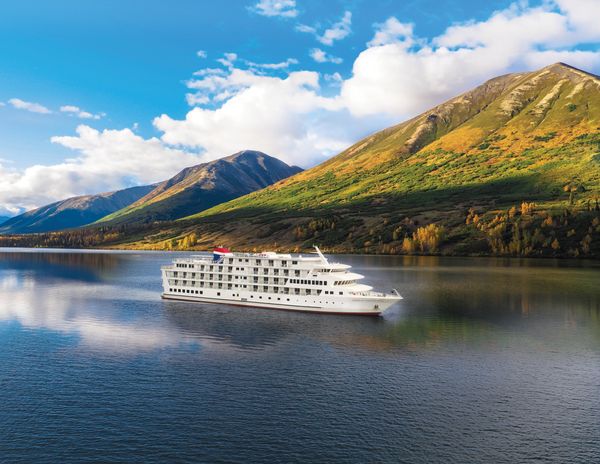 American Cruise Lines’ ship, American Constellation is on its way to beautiful Puget Sound for the 2018 Pacific Northwest cruise season. The new ship left Florida last week, after concluding a successful 2017 inaugural season on the East Coast, and is now en route to the Panama Canal, and is expected to arrive in Puget Sound in late January.

The leader in U.S. cruising, American Cruise Lines offers three different itineraries in Puget Sound for 2018:  5-day Highlights of the Puget Sound, 8-day Puget Sound & the San Juan Islands, and 11-day Grand Puget Sound. These spectacular cruises are all roundtrip from Seattle, WA and offer guests some of the most inspiring coastal scenery and exciting whale watching available.

American Constellation will sail the three Puget Sound itineraries March, April, May and early June 2018. The ship will then head to Alaska in late June through early September for the Line’s 8-day Southeast Alaska cruises and the longer 15-day Alaska Inside Passage itinerary. American Constellation will resume Fall 2018 cruises on Puget Sound late September through early November.

“The Pacific Northwest is one of the most majestic cruising destinations in the world and the demand for cruise travel in this the region is strong. We are thrilled to be able to offer so many unique itineraries and so many fabulous touring options aboard the newest ship in the region,” says Timothy Beebe, Vice President of American Cruise Lines.

All of the Puget Sound cruises offer some of the most exciting experiences in cruising—from Kayaking in Friday Harbor to an exhilarating Jet Boat tour, from Salmon tasting in Skagit County to a visit to Butchart Gardens & Victoria City—and of course the best Whale Watching in the Pacific Northwest. Additionally, some of the 8-day Puget Sound itineraries will also be Tulip Festival themed cruises.  Departures on the 7th, 14th & 21st of April are guaranteed to experience this spectacular world-renowned blooming event.

Every 2018 Puget Sound itinerary offers award-winning enrichment programs and guided tours at each port, as well as onboard historians, naturalists, and local experts. The 2018 Puget Sound cruises feature Environmental Educator Amy Traxler, Onboard Expert Historians John Hough and Junius Rochester, and Ecologist & Birdwatcher Katie Phillips. These knowledgeable and entertaining experts are sure to give American Cruise Lines’ guests an insightful and unforgettable glimpse of this captivating geographic region.