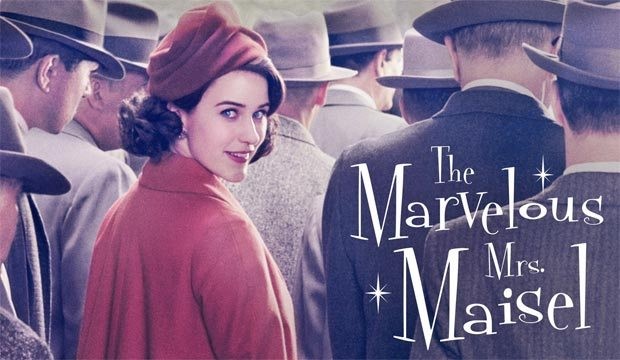 Fans of Amazon Prime’s The Marvelous Mrs. Maisel can step back in time with On Location Tours for their brand new bus tour, Mrs. Maisel’s Marvelous Tour of New York City premiering on Monday, December 16th. The 2.5 hour guided bus tour will highlight some historic and popular New York City landmarks featured in all three seasons of the Emmy Award winning series.

The tour kicks off near the famous B. Altman’s on Fifth Avenue where Midge Maisel (Rachel Brosnahan) goes to work in Season One.  Other famous NYC landmarks featured on the tour include The National Arts Club, Old Town Bar, The Gaslight Café, Café Reggio and The Village Vanguard to name a few. The tour will end on Eighth Avenue at the diner La Bonbonniere (”The City Spoon”) where Midge has a flashback to her wedding night and again in Season two when viewers were treated to another flashback of their engagement in a dance sequence on Eighth Avenue. The tour will run Mondays, Thursdays and Saturdays at 12 Noon.

All tours are led by local actresses depicting Midge’s 1950’s style. Tickets cost $52 and must be purchased in advance online onlocationtours.com or by calling 212-913-9780. This new tour will mark the ninth bus tour for On Location Tours following on the heels of the Sex and the City Hotspots Tour and Gossip Girl Sites Tour both of which are still running today.

On Location Tours, celebrating 20 years in business, is among the largest TV and movie tour companies in the world, and is the only company of its kind to operate in multiple cities. The company was founded in June 1999 by Georgette Blau. For more information visit www.onlocationtours.com

READY TO MAKE NEW MEMORIES AT THE TROPICANA LAS VEGAS®