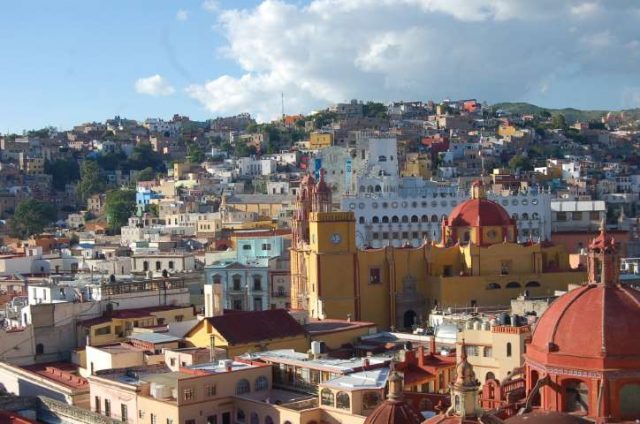 Mexico is one of the world’s most popular destinations to visit for tourists. In a chart provided by Statista: Number of United States Citizens Traveling to Mexico from 2002 to 2017, the number of visitors in millions almost doubled from 18.5 million in 2002 to 35.05 million in 2017. According to Mexican Tourism Officials Predict 45 Million International Visitors in 2019, there is going to be a 5.8% increase in tourist arrivals, and it is expected to have around 45 million international visitors in 2019.

Sustainable Cities in Mexico that are Ideal for Tourists

According to Sustainable Tourism Destinations: Mexico, national, regional, and local authorities are including sustainable initiatives in their governance in hopes of converting cities in Mexico into places devoted to respecting the environment and the inhabitants that live there. Guanajuato, Zacatecas – Guadalupe, Valle de Mexico, Saltillo, and Monterrey are examples of cities that are beginning to initiate sustainable mobility. Guanajuato is one of the most sustainable cities in Mexico for three reasons: water management, solid waste management, and mobility. 65% of Zacatecas – Guadalupe population have access to the large proportion of green space areas in the region. Valle de Mexico has several programs that measure and monitor air quality, which has been one of the biggest problems in Mexico in the past. Saltillo’s citizens have the best access to green areas in all Mexico at 84%, with 1.5% of its land being a green area, which is above the national average. 94% of days in a year, Monterrey has stayed within the daily ozone concentration limits. The sustainability of these cities’ environments has led to them being considered ideal tourist destinations because of the successful innovation and well-being of their citizens.

Mexico has notably shifted towards sustainable tourism. There are several companies committed to ecotourism that offer tourists the choice of exploring Mexico through sustainable travel. According to Sustainable Tourism in Mexico: New Generation of Tours in Mexico Offer Green Adventures, companies that offer environmentally friendly travel aim towards making a difference in local communities and preserving endangered environments through adventurous activities for foreign visitors. Examples of these activities include preserving marine life, provide education lessons for visitors about the Mexican land, culture, and traditions, and help with village production of handicrafts and food. The activities offered through ecotourism has helped prevent turtle tagging, decrease illegal logging, unsustainable farming, the hunt of wild animals, and bring opportunities for impoverished communities through sustainable job creation.

The Future of Tourism in Mexico

Valentino Danchev, CEO of Fidelis Marketing Group who specializes in the luxury resort industry understands the new trend of tourism and the overall benefits of sustainability. With the large number of tourists visiting Mexico, tourism has brought many jobs for the people, however it also resulted in ecological problems. According to Sustainable Travel & Ecotourism in Mexico, Cancun is one of the highest-profile cities that has ecological problems due to tourism. A devastating outcome resulted from importing turf from Florida in order to create a golf course at a resort in Cancun, which brought a disease that resulted in a wipe out of the local coconut palms. However, ecotourism has helped in the growth of ecological conservation by educating tourists of the importance of the land and why the people of Mexico value the land in respects to their culture and traditions. Danchev sees the future of tourism in Mexico as green, “The new generation of travelers are looking for a way to balance their desire of experiencing authentic locales with a strong wish for being mindful of the local environment. Ecotourism is a way for them to broaden their horizons on real world issues through adventure.”