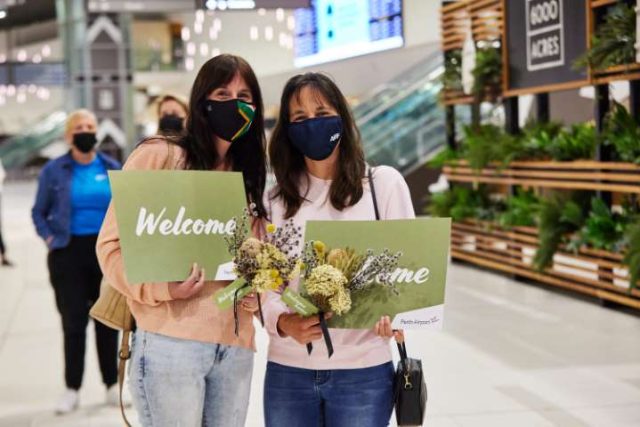 Western Australia’s ancient and beautiful landscape is a place where visitors can disconnect from the everyday and the well-trodden, and reconnect with something unspoiled and a little wild. The destination is home to pristine beaches, rugged gorges, secluded waterfalls – including Australia’s only horizontal waterfalls – and one of the world’s largest wildflower collections.

Despite border closures in March 2020, the tourism industry in Western Australia continues to develop bringing new accommodations, attractions, and experiences to the state. International visitors can look forward to many firsts during their travels throughout Western Australia this year, including:

Along with new attractions, several new luxury accommodations await visitors to the west coast. Just offshore from Perth, Rottnest Island welcomed Samphire Rottnest in October 2020. The hotel is designed to complement its raw, natural surroundings with 80 spacious guest rooms offering a coastal retreat; private balconies overlooking Thomson Bay; and a sanctuary of lagoon-like pools. South of Swan Valley in the up-and-coming Pemberton wine region, Ampersand Estates opened its cellar doors December 13, 2021. Surrounded by the majestic Donnelly River and the ancient karri forests of Easter National Park, Ampersand Estates is much more than a winery. The Estate is now accepting bookings for its three, private luxury accommodations: the two-bedroom Settlers’ Cottage; the Homestead, which features a dining room, large kitchen, and library as well as five ensuite bedrooms; and the Vintner’s Residence, which offers five elegant bedrooms overlooking the vineyard. Ampersand Estates is also planning two wedding venues; curated picnics that can be enjoyed across the 130-acre estate; and Rainfall Distillery – Australia’s only single harvest distillery – producing vodka and gin using the finest local ingredients.

March marks the return of whale sharks to Western Australia’s Coral Coast region, and there have already been sightings of this majestic creature at the World Heritage listed Ningaloo Reef – the world’s largest fringing reef at nearly 200 miles long. Under the guidance of 11 highly accredited, eco-tourism operators, visitors can snorkel and dive with these gentle giants and engage in citizen science and conservation efforts from March-July. Qantas is offering special fares between Perth and Exmouth from now until December 2022 to allow more visitors to experience the natural beauty of this region.

Western Australia’s Kimberley region, one of the world’s last wilderness frontiers, also kicks off its travel season in April with the end of the wet season. While traveling through the Kimberley this time of year, visitors can look forward to the UNESCO World Heritage listed Bungle Bungle Range, scenic helicopter flights over the Horizontal Falls, enchanting waterfalls,  natural plunge pools, and the Zebedee Springs. Surrounded by avenues of frangipani trees, El Questro Homestead is perched on a clifftop in the Kimberley. Ten cantilevered suites offer enchanting vistas overlooking the Chamberlain River for up to 20 guests at this luxurious, yet relaxed retreat, which opens for the season every April through October.

How to Get to Western Australia

There are 20 airports throughout Western Australia, including Broome International Airport and Esperance Airport, which allows visitors access to the state’s five very diverse geographic regions and key experiences in Perth, the Coral Coast, the North West, the Golden Outback, and the South West region.