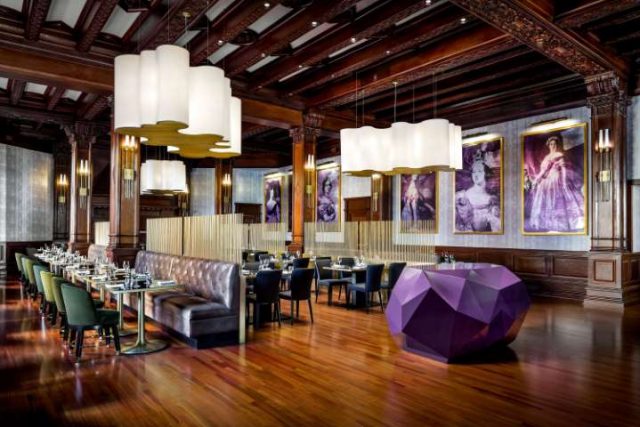 For the third consecutive year, Q at the Empress, the Pacific Northwest inspired signature restaurant located inside the Fairmont Empress hotel, has been honoured with Wine Spectator’s 2019 Award of Excellence. This award recognizes restaurants whose wine lists feature an exemplary selection of quality wines that complement the restaurant’s menu; wine lists that are well balanced with a high degree of curiosity and interest.

Q represents Queen and Country, a nod to the hotel’s namesake, Queen Victoria. Located in the most storied room in Victoria, Q at the Empress Restaurant is surrounded by history but with a decidedly modern attitude. Q’s Pacific Northwest cuisine is built upon regional ingredients, featured farmers and local artisans and is a must visit culinary destination.

“Q at the Empress opened in June 2016 as part of a $65 Million restoration. Led by Executive Chef Morgan Wilson, Q has continued to push culinary boundaries with its approachability to coastal fine dining and a wine list that pays homage to our region as well as the international palette of our diners,” says Jessica Pearce, Director of Food and Beverage at Fairmont Empress. “It is a thoughtfully curated celebration of food and wine.”

Fairmont Empress turned 111 this year, and over eleven decades has played gracious host to royals and celebrities including Bob Hope, John Wayne, Shirley Temple, King George, Queen Elizabeth and British Prime Minister Winston Churchill, who requested his favourite spirit be served in an Empress teapot during prohibition. Today, Canada’s Castle on the Coast revels proudly in its history, while building new memories to endure the next hundred years.